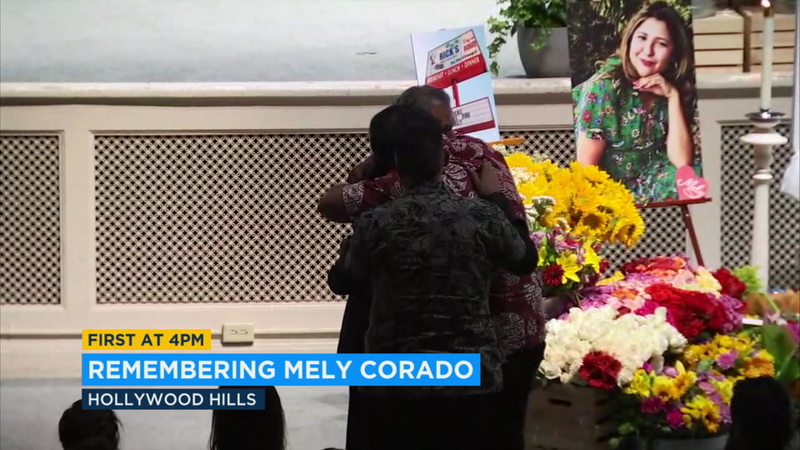 Corado was fatally struck by a Los Angeles police officer's bullet July 21 during a shootout between the LAPD and an attempted murder suspect at the store where Corado worked in Silver Lake.

"Mely loved deeply, honestly and without reservation," said one of several co-workers who eulogized her at the morning funeral. "Mely made Trader Joe's a better place every day."

Inside the Hall of Liberty at Forest Lawn Memorial Park, mourners approached Corado's open casket to pay their respects. A massive bouquet of sunflowers and several flower-filled buckets were placed nearby.

Corado was killed when a man suspected of shooting his grandmother and girlfriend in South Los Angeles crashed a car in front of the Trader Joe's store at the end of a police chase and fled inside, allegedly while exchanging gunfire with pursuing officers.

LAPD Chief Michel Moore said Corado was struck by a bullet fired by a police officer at the suspect, 28-year-old Gene Evin Atkins.