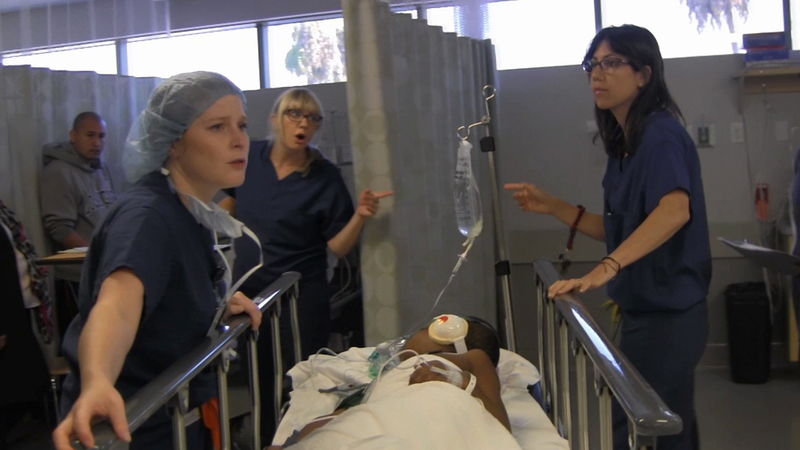 LOS ANGELES (KABC) -- Medical missions to help kids overseas happen every day. Now, a hometown mission is filling a desperate need for children in our own neighborhoods who can't get care.

Pierre, 7, from Las Vegas, is shy with strangers. His mom says that's because of harsh looks he used to get. Two tumors, the size of giant grapes, used to sit on the front and back of his left earlobe.

"You catch people staring when you're walking through a mall or out and about everybody wants to stare and what's that?" said Pierre's mom, Stephanie.

When he was 2, an ear piercing got infected and the scar tissue wouldn't stop growing. It's a fairly easy surgical fix, but it's expensive and his family couldn't afford it. Pierre's insurance denied coverage since it's considered a cosmetic procedure. But with school starting, Pierre's mom knew she had to do something or the emotional scars would be even harder to heal.

That's when she heard about the hometown surgical mission of Burbank based Mending Kids.

"To us, we saw, wow, this is a really interesting opportunity for us to help children find their self-esteem," said Marchelle Sellers with Mending Kids International. "We can spend 40/45 minutes in the OR, do the surgery for free and totally change their life."

This is Pierre's second surgery with the group since the keloid tissue had grown back.

"We will always be here for him, no matter what. So, as long as he needs it, he's going to get it," said Sellers.

The next thing Pierre has to get done is some radiation to make sure the keloid doesn't grow back again. And then on Monday, it's his first day of first grade.

Since 2006, Mending Kids has provided free surgical care to impoverished children abroad, but the group is looking to do more hometown missions.