Suspect pleads not guilty in attack on baby, family in Menifee

MENIFEE, Calif. (KABC) -- A man accused of stabbing an 18-month-old baby and several other family members alongside the 215 Freeway in Menifee Monday pleaded not guilty to numerous charges in a Riverside County courtroom Wednesday.

Nicolas Lopez Garcia, 44, was charged with seven felonies and one misdemeanor, including attempted murder, attempted kidnapping, felony child endangerment, four counts of assault with a deadly weapon and a misdemeanor count of resisting arrest.

The family-of-five was changing a flat tire on their disabled 1990 Mazda hatchback on the right shoulder of the northbound 215 Freeway, just south of Newport Road, at about 1:20 a.m. Monday when Garcia allegedly crossed all lanes of the freeway. He then smashed the driver's side window, broke out the rear window and began stabbing the 18-month-old baby.

He allegedly slashed three adults, including the baby's mother and father, when they tried to intervene, and also set fire to their belongings. They sustained minor to moderate lacerations during the struggle. After re-entering the vehicle, the victims fled the scene and called 911.

Prosecutors did not comment on a possible motive Wednesday, but say Garcia did not know the victims.

If convicted as charged, Garcia faces 25 years to life in prison. He is being held at the Southwest Detention Center in Murrieta in lieu of $2 million bail. 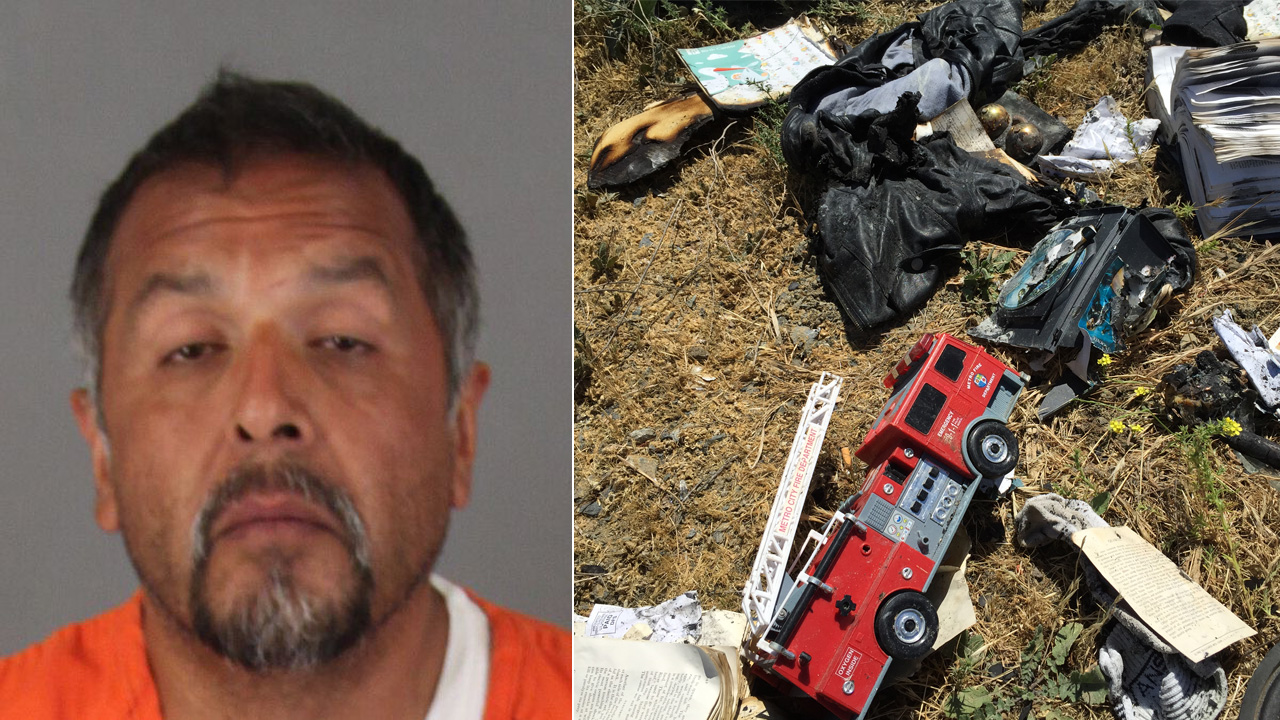