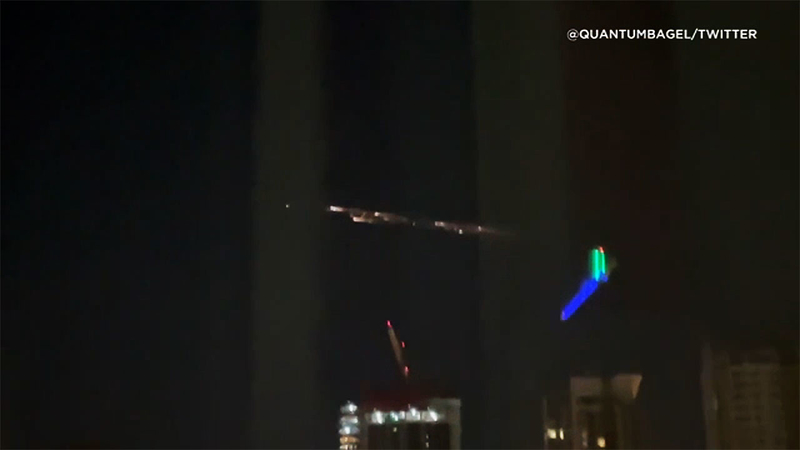 "The widely reported bright objects in the sky were debris from a Falcon 9 rocket 2nd stage that did not successfully have a deorbit burn," the service said in a tweet about the astral occurrence that the Seattle Times reported was seen shortly after 9 p.m.

There were no reports of damage or other impacts on the ground.

SpaceX said Wednesday that the Falcon 9's first stage returned to Earth and landed as planned on its ocean-going barge off the coast of Florida.

Residents in Southern California were treated to a bright sight Wednesday night, prompting many to take to social media.

Resident in the Camarillo area were treated to an unusual sight late Monday night as a possible meteor lit up the sky.

Wednesday's launch of Space X was near perfect, until its landing. Watch the video above to watch the moment it launched and the perfect landing!