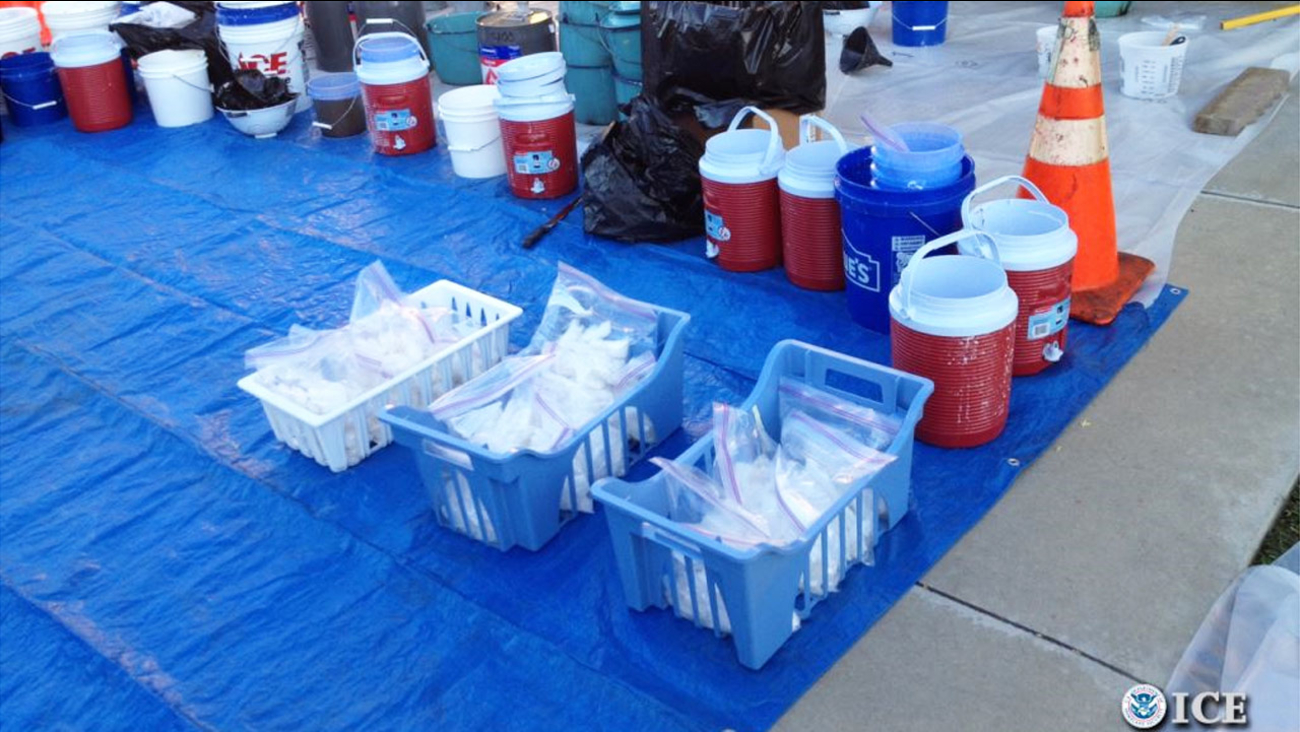 Seven men, all originally from Mexico, have been arrested. Six of the men, ages 22 to 51, are facing possible drug charges. The seventh suspect is being held for questioning in connection with an ongoing murder investigation in Sacramento.

The arrests were made after Homeland Security special agents executed search warrants at three Riverside homes.

Investigators say that preliminary evidence indicates the methamphetamine was likely smuggled into the U.S. from Mexico in liquid form, and then converted to crystals at the home for distribution.

Authorities also searched two other residences, one of which housed a marijuana growing operation. At that home, located in the 17000 block of Twin Lakes Drive, investigators found 300 marijuana plants and 230 pounds of processed marijuana, which carries an estimated street value of approximately $1 million. Also seized were four firearms and $70,000 in cash.