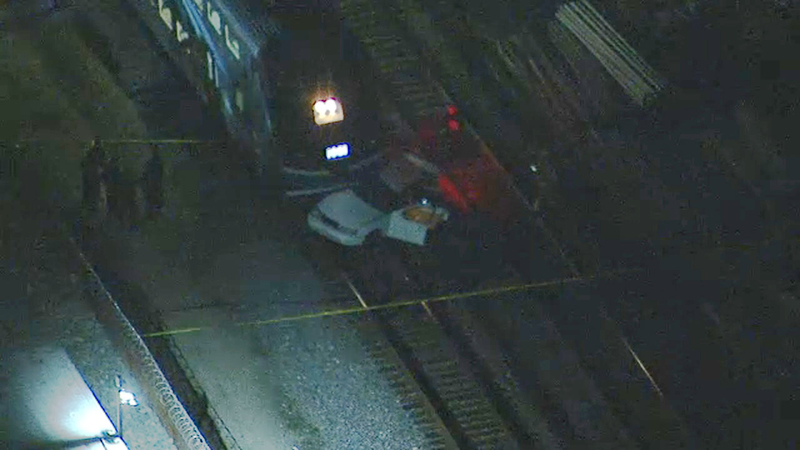 SANTA ANA, Calif. (KABC) -- One person was killed when a Metrolink train struck a vehicle on the tracks in Santa Ana Monday afternoon, officials say.

The vehicle was struck in the area of East Hunter Avenue and South Grand around 5:30 p.m. One person inside the vehicle was killed.

No passengers on the train were injured.

A dog that was inside the vehicle survived the crash and was rescued by authorities. An image provided by Santa Ana police showed the canine with some bruising and blood on a leg but otherwise appearing uninjured. 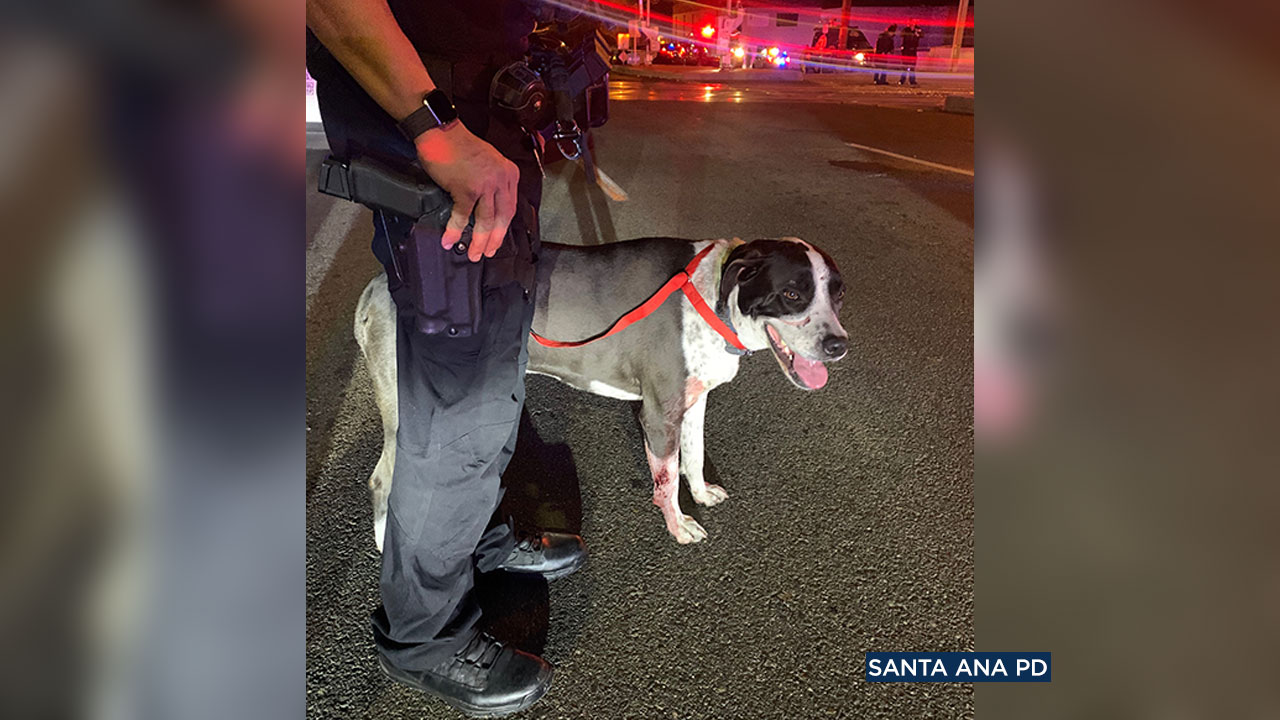 A dog survived when a car was struck on the train tracks in Santa Ana, but a person inside the vehicle was killed.

The train was stopped on the tracks while investigators looked into the cause of the collision.