Authorities announced new charges Monday against the man known to be the head of the Mexican Mafia in Orange County.

SANTA ANA, Calif. (KABC) -- New charges were announced Monday against the man known by authorities to be the head of the Mexican Mafia in Orange County.

Johnny Martinez, 42, is already behind bars with a sentence of 15 years to life in prison, but Orange County District Attorney Tony Rackauckus announced he's now being charged with murder for ordering the January 2017 killing of a Placentia man while he was sitting in prison.

The murder was captured on surveillance video. Some of the altercation that led to the man's death was shown at the Monday morning press conference.

Authorities said that under Martinez's order, armed members of the Mexican Mafia went to Robert Rios' home to collect money and drugs. Investigators said when Rios refused to pay, he was shot in his front yard.

According to investigators, Martinez also ordered another hit in August 2017, but that victim survived his gunshot wounds.

Investigators admitted that somehow Martinez was able to make 3,500 communications from prison -- whether it be messaging or through cellphones.

The DA said he hopes the Department of Corrections will put Martinez - and others like him - in more secure locations to try and prevent further communications with gang members on the outside. 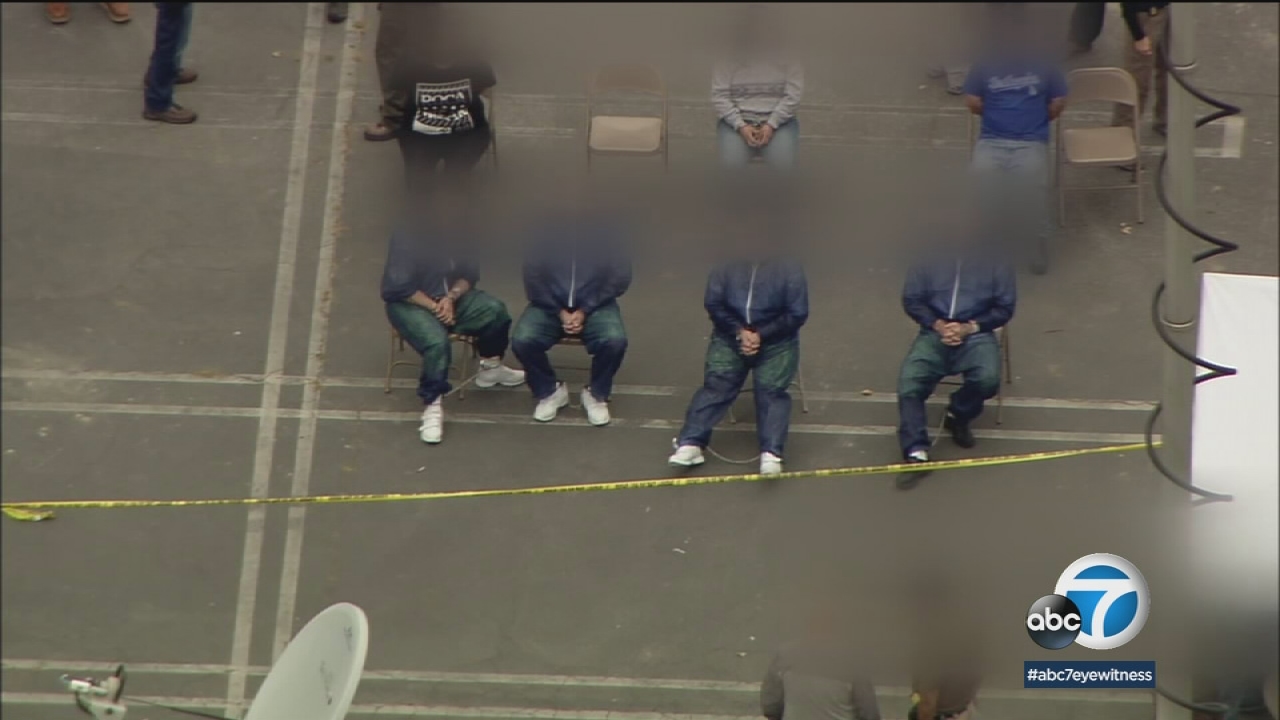