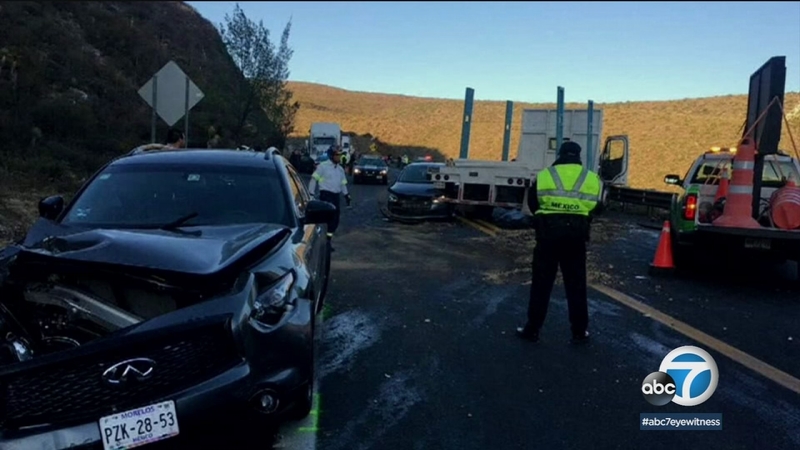 The temblor struck a rural area northeast of Pinotepa de Don Luis in Oaxaca at a depth of about 15 miles at 3:39 p.m.

The shaking was felt in Mexico City - some 300 miles away from the epicenter - where people fled from buildings and office towers as the ground trembled. Crowds of people gathered on central Reforma Avenue in Mexico City.

"It was awful," said Mercedes Rojas Huerta, 57, who was sitting on a bench outside her home in Mexico City's trendy Condesa district, too frightened to go back inside. "It started to shake; the cars were going here and there. What do I do?"

The quake was initially measured at 7.5, but the USGS later downgraded the figure to 7.2.

About an hour after the quake, a magnitude 5.8 aftershock also centered in Oaxaca caused tall buildings in Mexico City to briefly sway again.

Authorities were still assessing the impact, but there were no immediate reports of significant damage or fatalities.

RELATED: How to prepare for disaster in SoCal

Last year, a magnitude 7.1 earthquake in central Mexico on Sept. 19 left 228 people dead in the capital and 369 across the region.