'End this peacefully': Attorney urges Marine deserter accused of murder to turn himself in 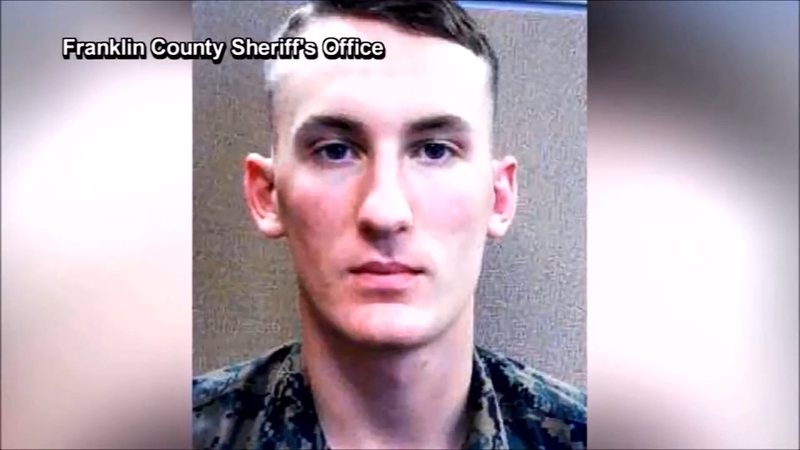 Marine deserter wanted for murder urged to turn himself in

ROANOKE, Va. -- The attorney who will represent the Marine who abandoned his post and is now accused of murder issued a public plea to her client.

"You're a very caring, kind young man from everything I've heard, and I believe it, and your conduct for the last eight days shows it. Don't make things worst than they are," Debra Caldwell-Bono said to WSET.

Michael Brown abandoned his post at Camp Lejeune on Oct. 18. His mother's boyfriend, Rodney Brown, was found dead in Hardy, Virginia, on Nov. 9.

Investigators accuse Michael Brown of being responsible for Rodney's death.

"Michael, if you see this, please turn yourself in. I'm scared for you. I love you, baby."

Brown's friends reached out to Caldwell-Bono, and she has agreed to represent him in court.

She said so far Brown has done nothing wrong.

"Its been all this time. He hasn't tried to harm anybody that we know of. We don't know if he did what he was charged with."

Caldwell-Bono said she has not had any contact with Brown and she does not know where he is currently located.

Police in Roanoke, Virginia, are telling residents to be vigilant. Brown was reportedly spotted in the area Thursday. His RV was also found abandoned in the city.

Roanoke Police Department considers Brown armed and dangerous, saying he likely has a high-capacity rifle and might be looking to steal a vehicle.

"The main thing I think would be to disarm himself so that somebody doesn't get trigger happy and shoot him," Caldwell-Bono said.

"We still care about you. Nobody wants you hurt," Brown's grandmother Diane Hanson said. "We've been speaking with the authorities for a week and they're willing to do anything to get you in safe. And they're working with us and we trust them on this. Please, turn yourself in. Nobody wants to see you die, also."