Federal prosecutors in New York City say Avenatti used a doctored document to divert about $300,000 that Daniels was supposed to get from a book deal, then used the money for personal and business expenses. Only half of that money was paid back, prosecutors said.

Daniels isn't named in the court filing, but the details of the case, including the date her book was released, make it clear that she is the client involved.

"No monies relating to Ms. Daniels were ever misappropriated or mishandled. She received millions of dollars worth of legal services and we spent huge sums in expenses. She directly paid only $100.00 for all that she received. I look forward to a jury hearing the evidence," he wrote.

Avenatti added in a later tweet that his agreement for representing Daniels "included a percentage of any book proceeds."

The charges pile on top of previous allegations of legal misconduct by Avenatti, who represented Daniels when she sued to be released from a nondisclosure agreement involving an alleged tryst with Trump. The president denies an affair took place.

Avenatti was previously charged in New York with trying to extort up to $25 million from Nike by threatening to expose claims that the shoemaker paid off high school basketball players to steer them to Nike-sponsored colleges. And in Los Angeles, he's facing a multicount federal indictment alleging that he stole millions of dollars from clients, didn't pay taxes, committed bank fraud and lied during bankruptcy proceedings.

Avenatti has denied the allegations against him on both coasts, saying he expects to be exonerated. The Los Angeles charges alone carry a potential penalty of more than 300 years in prison.

"I look forward to a jury hearing all of the evidence and passing judgment on my conduct," Avenatti wrote in a text message to The Associated Press.

Daniels, whose real name is Stephanie Clifford, initially hired Avenatti to handle a lawsuit she filed last year in which she sought to invalidate the nondisclosure agreement she'd signed with Trump's then-lawyer Michael Cohen in exchange for $130,000.

The money was supposed to buy her silence during Trump's run for president about an alleged affair between the two. In August, Cohen pleaded guilty to violating campaign finance laws in connection with the payment.

In announcing the new charges Wednesday, prosecutors said that Avenatti sent a "fraudulent and unauthorized letter" to Daniels' literary agent, instructing the agent to send payments not to Daniels but to a bank account Avenatti controlled. They said he used the stolen funds to pay employees of his law firm and pay for hotels, airfare, dry cleaning and his Ferrari.

"Far from zealously representing his client, Avenatti, as alleged, instead engaged in outright deception and theft, victimizing rather than advocating for his client," Manhattan U.S. Attorney Geoffrey Berman said in news release.

Daniels raised concerns with Avenatti about late payments around the time her book, "Full Disclosure," was published in October, according to the indictment.

"When is the publisher going to cough up my money," she asked Avenatti in early December, according to the indictment.

Avenatti responded that he was "working them and threatening litigation," prosecutors said, but he did not tell Daniels he had already received the money.

Daniels began publicly raising concerns about Avenatti's conduct in November. In a statement, she said Avenatti had launched a fundraising effort to raise money for her legal case without telling her. She also said he had filed a defamation lawsuit against Trump, on her behalf, against her wishes.

"For months I've asked Michael Avenatti to give me accounting information about the fund my supporters so generously donated to for my safety and legal defense. He has repeatedly ignored those requests," she said. "Days ago I demanded again, repeatedly, that he tell me how the money was being spent and how much was left. Instead of answering me, without my permission or even my knowledge Michael launched another crowdfunding campaign to raise money on my behalf. I learned about it on Twitter."

At the time, Avenatti responded that he was still Daniels' "biggest champion."

He said that under his retention agreement, she had agreed to pay him just $100 for his services, and he was entitled to keep all the money he raised for her legal defense to defray what he said were substantial costs of her case.

The defamation case initiated by Avenatti against Trump backfired, with a judge ordering her to pay the president's legal bills.

When Avenatti was first charged with defrauding other clients and extorting Nike in March, Daniels said she was "saddened but not shocked."

She added on Twitter that she had fired Avenatti a month earlier after "discovering that he had dealt with me extremely dishonestly."
Report a correction or typo
Related topics:
stormy danielsu.s. & worldfraud
Copyright © 2020 by The Associated Press. All Rights Reserved.
STORMY DANIELS 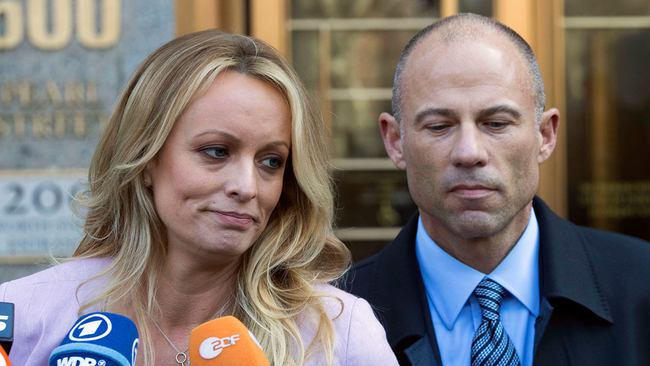 Michael Avenatti could face 333 years in prison if convicted 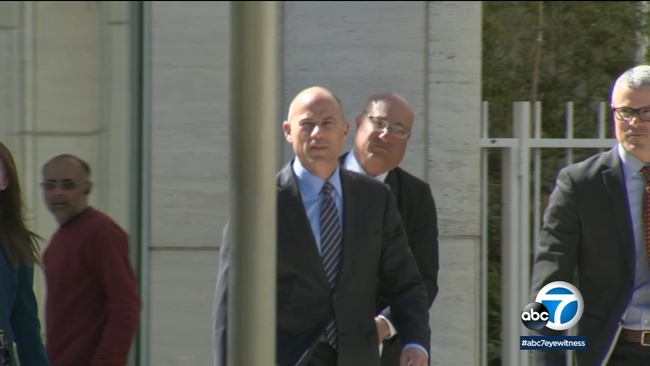 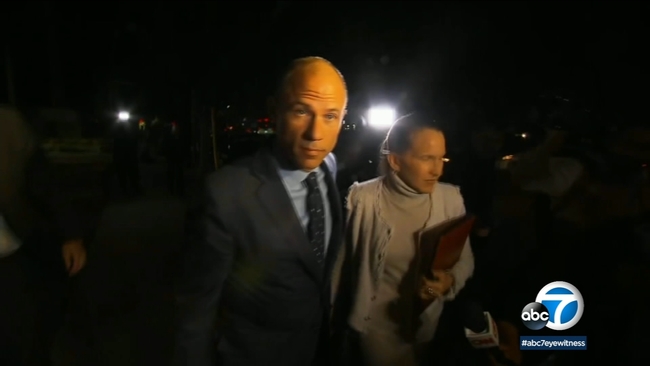