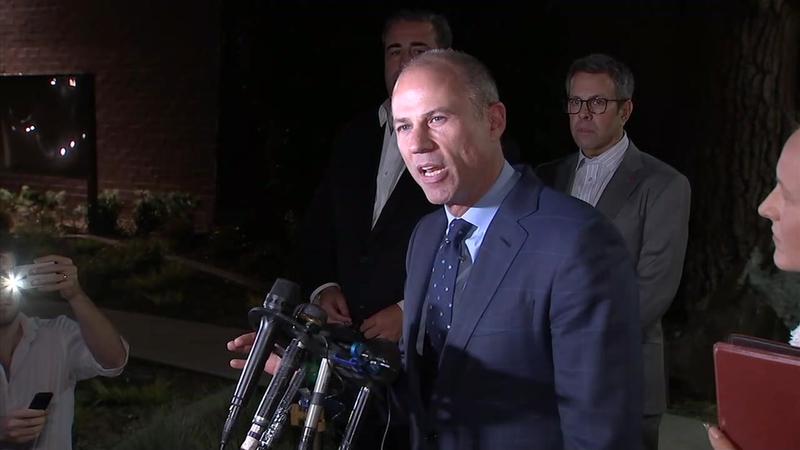 LOS ANGELES (KABC) -- The Los Angeles County District Attorney's Office has declined to file a felony case against attorney Michael Avenatti on domestic violence allegations and instead the case is being considered as a possible misdemeanor.

The DA's office has referred Avenatti's case to the Los Angeles City Attorney's Office to review for misdemeanor consideration.

Avenatti was arrested last week in Los Angeles and booked on suspicion of domestic partner violence.

The circumstances of the case and identity of the victim have not been released, but Los Angeles-based actress Mareli Miniutti recently filed a request for a temporary restraining order against Avenatti, claiming they had a dispute about money that became a physical altercation.

Avenatti has denied committing any act of domestic violence and said he would be exonerated.

"I am thankful that the Los Angeles County District Attorney's Office has rejected filing any charges against me after a fair, careful and thorough investigation," Avenatti said. "I have maintained my innocence since the moment of my arrest."

Michael Bachner, the attorney for Miniutti, issued a statement: "We are not surprised by this decision and we are confident that the misdemeanor charge will be sustained."