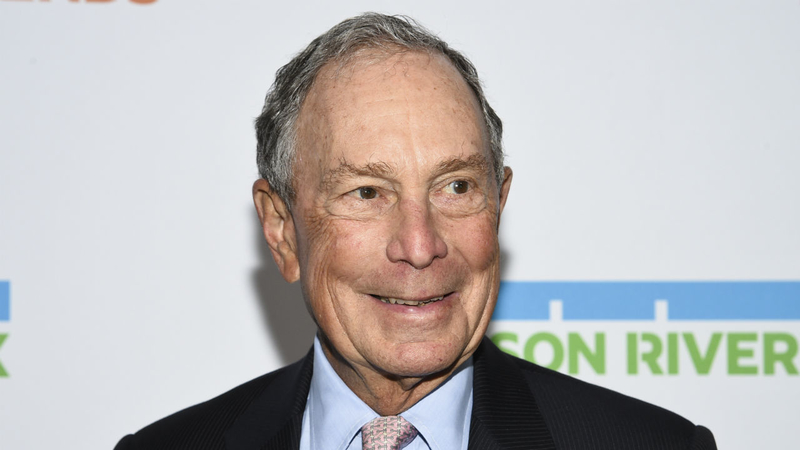 NEW YORK -- New details emerging on the allegations against Democratic presidential candidate and former New York City Mayor Michael Bloomberg, who is accused of sexism and making crude remarks toward women at his company.

The billionaire's company is the target of three ongoing lawsuits by former female employees.

In the 1990s, as the company was taking off, one of his regional sales manager's career at Bloomberg was about to end.

Sekiko Sakai says the tipping point was when she told her boss she was pregnant.

"She thought he would be pleased that she was pregnant," attorney Bonnie Josephs said. "She said that to him, and he said to her, 'Kill it.'"

In her lawsuit, Sakai, who resigned soon after her child was born, alleges that she "understood the statement of Michael Bloomberg to mean that I should have an abortion to keep my job."

When the remark first surfaced in the late 1990s, Bloomberg strongly denied saying it and the case was settled outside of court. But there are allegations of other disturbing remarks, and in an interview with the New York State Division of Human Rights, Sakai alleged Bloomberg told her, "If you look like that, I would do you in a second," gesturing to another woman.

Another time, he allegedly said, "Your (crude name for a body part) looks huge in that new dress."

That case also includes an allegation that Bloomberg told a group of female employees he wanted to perform oral sex on actress Sharon Stone.

"If Mr. Bloomberg is running for president, I think the public needs to know what actually happened in his business," Josephs saiid.

One of Sakai's lawyers told ABC News she can't discuss the case because the settlement included a confidentiality agreement, but Josephs said she interviewed a dozen employees at the time who described a sexist atmosphere full of raunchy behavior.

"At the Christmas parties or other kinds of parties, the male employees sometimes put plastic breasts on them which squirted water from the nipples of the plastic breasts," she said.

The allegations echo what's found inside a booklet from 1990 called "The Portable Bloomberg" that has dogged the presidential candidate for decades.

In it, Bloomberg is quoted as saying:

--"If women wanted to be appreciated for their brains, they'd go to the library instead of to Bloomingdale's."
--"I know for a fact that any self-respecting woman who walks past a construction site, doesn't get a whistle, will turn around and walk past again and again until she does get one."
--"I want an expletive (sex act) from Jane Fonda. Have you seen Jane Fonda? Not bad for 50."

ABC News questioned Bloomberg about these allegations, asking if he thought he'd made any mistakes in the way he treated female employees.

"I don't," he said. "Not everybody's happy, but we have an enviable record of treating people the same in terms of compensation and promotions and authority."

Attorney Donna Clancy has filed three cases against the Bloomberg company since 2016 that are ongoing. The allegations include sexual harassment and gender inequality.

"We have investigated the company for the last four years, and the culture is such that women are not valued," she said. "In fact, they're objectified."

Clancy said there's a reason why voters may have never heard of other allegations like these, because Bloomberg's company agreed to financial settlements with non-disclosure agreements attached silencing the women who were complaining.

"They want to keep these NDAs," she said. "They don't want anyone talking about it."