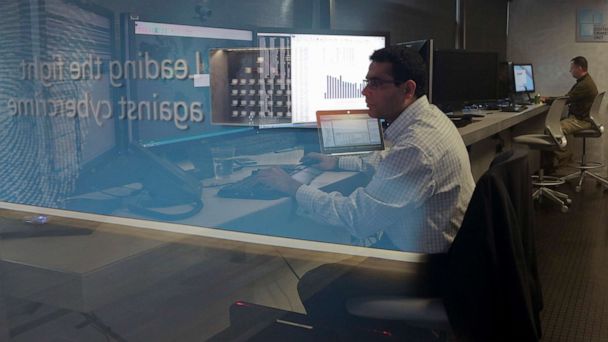 Microsoft announced Thursday afternoon that it "detected and stopped" a series of cyberattacks emanating from hackers in Russia, China and Iran that targeted "people and organizations involved in the upcoming presidential election, including unsuccessful attacks on people associated with both the Trump and Biden campaigns."

The warning from the tech giant targets the same three foreign actors identified by American intelligence officials as seeking to undermine faith in the upcoming election.


The company says that Russian-based hacking group Strontium, "has evolved its tactics since the 2016 election to include new reconnaissance tools and new techniques to obfuscate their operations."

Strontium has "engaged in brute force attacks and password spray, two tactics that have likely allowed them to automate aspects of their operations," according to Microsoft.

The group, which targeted both Democrats and Republicans, were mentioned in the special counsel Robert Mueller's report on election interference for similar behavior in 2016, Microsoft said.

Microsoft concluded that a Chinese-based group "indirectly and unsuccessfully targeted the Joe Biden for President campaign through non-campaign email accounts belonging to people affiliated with the campaign. The group has also targeted at least one prominent individual formerly associated with the Trump Administration."

Chris Krebs, director of the Cybersecurity and Infrastructure Security Agency in the Department of Homeland Security, said that the agency was "aware" of the Microsoft report.

"It is important to highlight that none are involved in maintaining or operating voting infrastructure and there was no identified impact on election systems," Krebs said in a statement to ABC News. "The announcement is consistent with earlier statements by the Intelligence Community on a range of malicious cyber activities targeting the 2020 campaign and reinforces that this is an all-of-nation effort to defend democracy."


Krebs urged anyone involved with the political process to "stay alert" for these malicious actors.

The FBI also told ABC News that it was aware of the recent reporting, but would not comment further.

"Cyber intrusions affecting campaign or election infrastructure have the potential to cause significant negative impacts on the integrity of elections. Our adversaries are continuously looking for vulnerable US networks to exploit, and networks associated with political organizations and campaigns are no exception," the FBI said in a statement.

Both agencies urged Americans to report any potential cyber intrusions to the government.

In August, a senior FBI official told reporters on a conference call that both Russia and China are trying to disrupt the U.S. election.


Earlier this week, the Department of Homeland Security found that Russia is spreading disinformation regarding former Vice President Joe Biden's mental health, according to a DHS bulletin obtained by ABC News.

Russian actors are spreading "unsubstantiated allegations" that former Biden is of "ill-health," the DHS bulletin said, and speculated that "this narrative will resonate with some American voters and reduce their confidence in him as a candidate."

The warning from Microsoft comes as a former senior Department of Homeland Security official filed a whistleblower complaint claiming the Trump administration sought to "censor or manipulate" intelligence for political purposes, including information about Russian efforts to interfere in the 2020 election.

The complaint was filed with the DHS inspector general this week by Brian Murphy, a veteran law enforcement official who until recently ran the agency's intelligence branch. The document, a copy of which was obtained by ABC News, alleged a pattern of behavior ranging from "attempted abuse of authority" to possible violations of federal law perpetrated by some of the administration's senior-most law enforcement and intelligence officials.

Last month, the Office of the Director of National Intelligence warned that Russia, China and Iran "continue to use covert and overt influence measures in their attempts to sway U.S. voters' preferences and perspectives, shift U.S. policies, increase discord in the United States, and undermine the American people's confidence in our democratic process."
Report a correction or typo
Related topics:
abc newsnational
Copyright © 2020 ABC News Internet Ventures.
More Videos
From CNN Newsource affiliates
TOP STORIES