2 dead, 1 hospitalized after pickup truck slams into stalled car on 10 Freeway in Mid-City 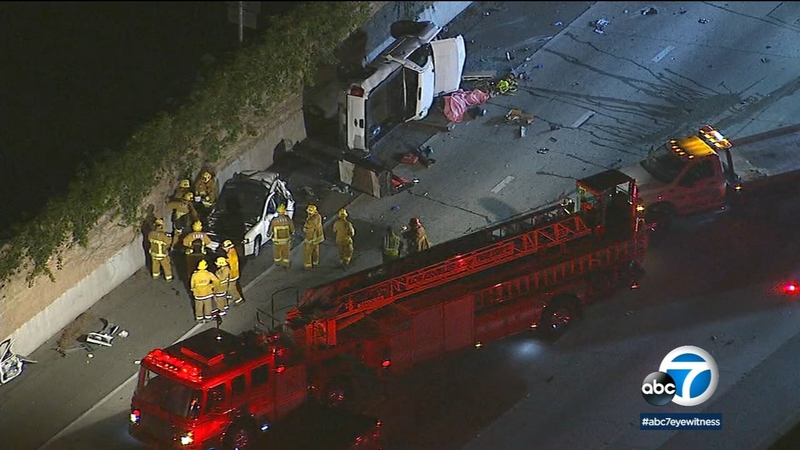 2 killed, 2 hurt in multi-vehicle crash on 10 Freeway in Mid-City

MID-CITY, LOS ANGELES (KABC) -- A man and a woman were killed and two others injured Thursday morning when a pickup truck slammed into a stalled car on the westbound 10 Freeway in Mid-City, authorities said.

The violent collision happened about 4:20 a.m. near the Washington Boulevard off-ramp, which the California Highway Patrol closed for several hours along with three lanes. One lane remained shut down shortly before 8 a.m.

The 46-year-old driver of the truck was rushed to a hospital in unknown condition, according to the Los Angeles Fire Department.

Two people are dead after a two vehicle crash on the 10 west. Traffic is backed up for miles. Details at @ABC7 pic.twitter.com/Qe4eQPSuyn

Another person suffered minor injuries and declined to be transported to a medical center. That individual and the two people who died were in a stalled Nissan Altima when it was struck from behind in the No. 3 lane, a CHP spokesperson said.

One of the deceased was ejected from the sedan, authorities said. Pronounced dead at the scene, the man and woman were identified only as being in their 40s.

The incident left the pickup truck overturned onto its side and the Nissan severely mangled.