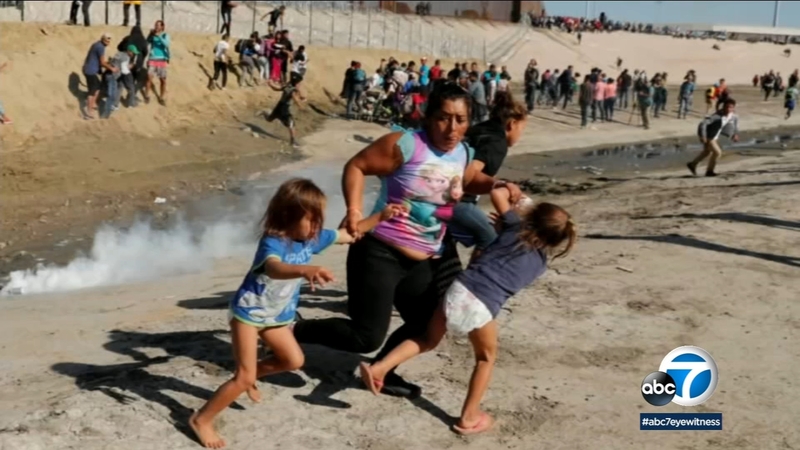 The Honduran mother who was captured in a photo running away from tear gas with her children near the southern border has been allowed into the United States, officials said.

Officials said Maria Meza, 39, and her children weren't immediately let in because of capacity issues on Monday, but 15 people, including the Meza family, were eventually escorted by California Democratic Reps. Jimmy Gomez and Nanette Barragan across the border with asylum paperwork.

The photo of Meza and her children running away from canisters of gas went viral after a Reuters photographer captured the moment.