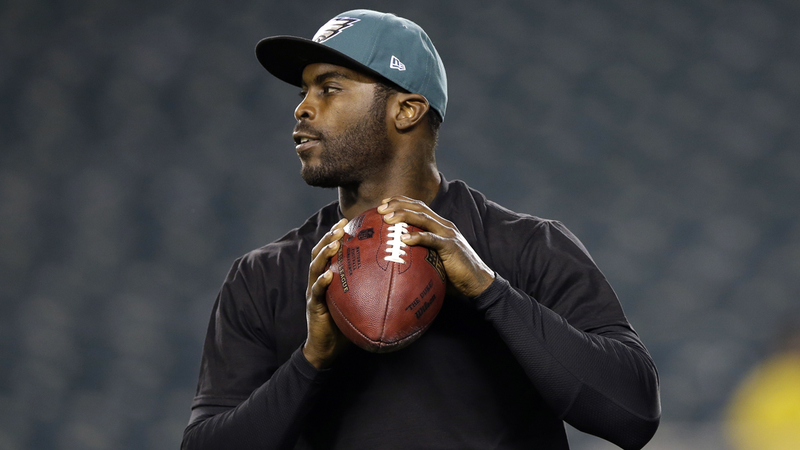 PHILADELPHIA -- Former NFL quarterback Michael Vick is expected to be honored by the league as one of the four "legends captains" at the 2020 Pro Bowl.

Arguably one of the most talented former NFL players known for his speed and elusive style of play, the former Atlanta Falcons, Philadelphia Eagles, New York Jets and Pittsburgh Steelers served a 19-month federal prison sentence for dogfighting.

A Change.org petition is now circulating calling on the NFL to revoke the honor. Over 380,000 people have signed the petition. Other petitions have also surfaced online since the news spread.

In an effort to redeem himself, Vick worked with the Humane Society of the United States and other animal organizations after serving his time.

Some fans say that is not enough for them.

"Certain things you learn to forgive and forget, but to be a great person is to be all-inclusive and I don't think that's who he is. He had a lot of shortfalls," said Rabbi Barry Blum.

While others believe Vick has paid his debt.

"I am a Michael Vick fan and I do believe if you served your time and paid your dues you should get what you deserve. What he did off the field--he paid for, and what he did on the field he should be rewarded for," said Eugene Stevens.