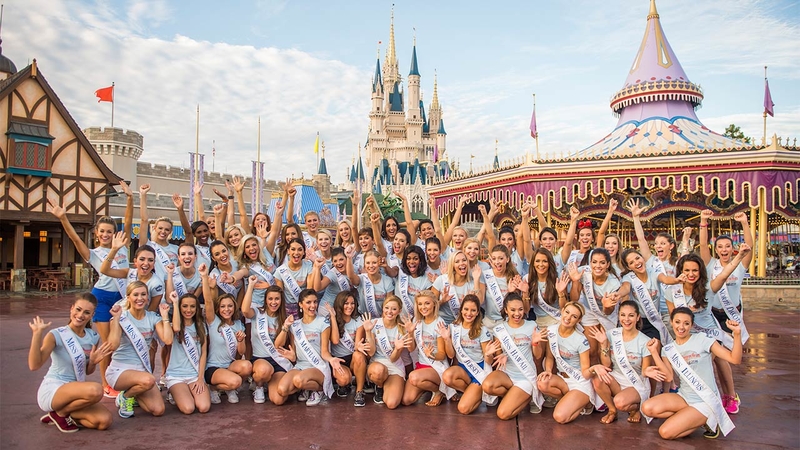 The evening will be filled with glitz and glam as 52 women compete for the coveted crown and scholarship. The contestants will compete in a swimwear and evening wear competition, as well as a talent and on-stage question portion.

PHOTOS: Meet the 2016 Miss America contestants and their platforms 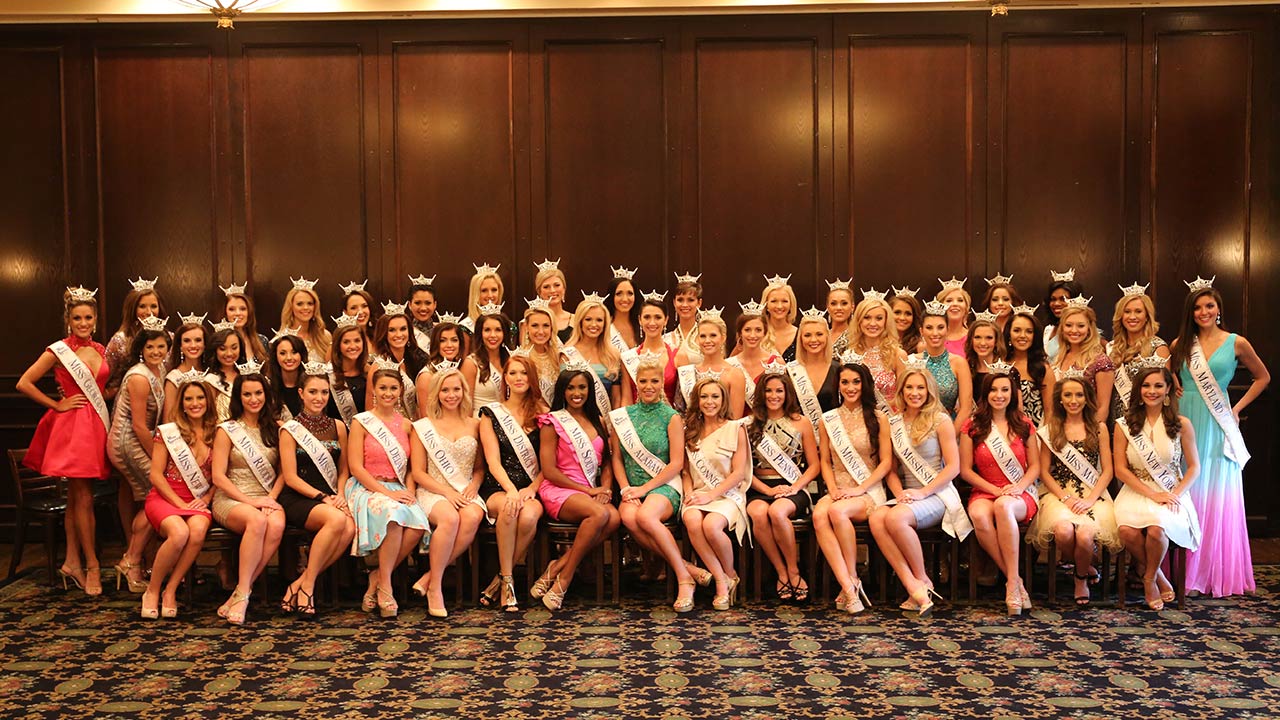 PHOTOS: Meet the 2014 Miss America contestants
The "2016 Miss America Competition" will be hosted by Chris Harrison and Brooke Burke-Charvet on Sunday, September 13th.

Chris Harrison from ABC's The Bachelor will host alongside actress and entrepreneur Brooke Burke-Charvet, who returns as co-host.

Nick Jonas will serve as the official music curator, selecting the music that accompanies the swimsuit and evening wear competitions.

Below are some things to know about some of the young women vying for the crown.

PHOTOS: Former Miss America winners from the past 94 years 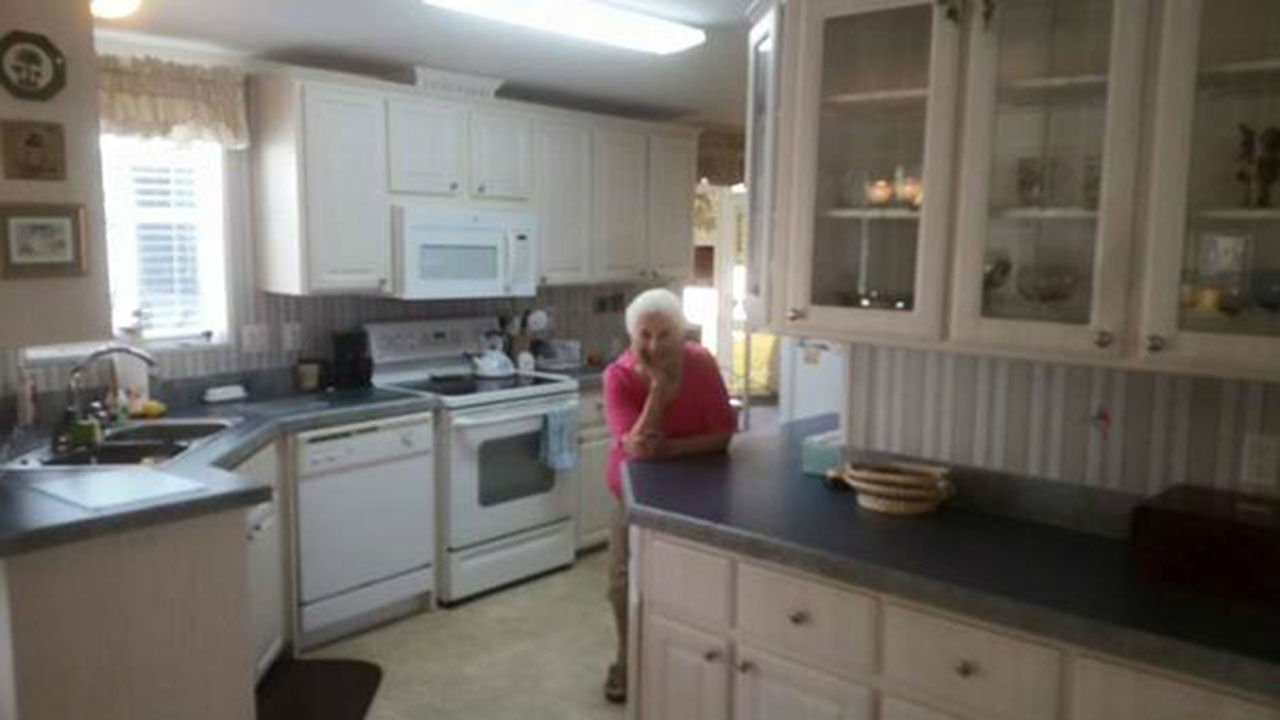 PHOTOS: Grandma's adorable real estate photos go viral
An 86-year-old grandmother posed in various rooms of her house trying to make it look more appealing, and now the hilarious photos are getting thousands of shares.

This year, Georgia is from Oklahoma -- Georgia Frazier, that is, a cancer survivor and daughter of a former New York Yankees pitcher who holds an inauspicious World Series record.

Frazier says she knows the difference between a curveball and a slider -- and can throw either one for strikes.

She learned to pitch from her father, George Frazier, who was with the Yankees in 1981 when he cemented a place in baseball history by becoming the only pitcher to lose three games in a best-of-seven World Series. The elder Frazier painted a box on a back wall of their house, and she and her three brothers would have to throw 30 strikes before they could go in and eat dinner, she recalled with a laugh.

Now 23, Georgia Frazier learned she had the early stages of cervical cancer when she was 19. Finding it that early saved her life, and her platform is women's health, stressing annual checkups.

As a child who was often sick, Miss Mississippi Hannah Roberts spent plenty of time in doctors' offices. She hopes to work in one herself: She's entering medical school next year.

The youngest contestant, 17-year-old Clark Janell Davis, is Miss Kentucky, and one day hopes to win the title of "Madam President," as in the president of the United States.

Haely Jardas, Miss District of Columbia, wants to be communications director for the Kennedy Center in Washington.

And move over "Miss Congeniality" star Sandra Bullock: Miss Virginia Savannah Lane wants to be an FBI agent and eventually, a U.S. Congresswoman.

Miss Rhode Island, Alexandra Curtis, was a competitive chicken wing eating champion in college. She can consume 2 pounds of wings in 10 minutes.

"You just kind of go in for the kill," she said. "There were times I felt like my life was flashing before my eyes, but I just powered through it, which is how I approach most challenges or difficult situations."

Miss Alabama Meg McGuffin is partial to filet mignon. Growing up as a dancer, she saw she was curvier than the other girls in class hated her body. Her platform is promoting a positive body image, called "healthy is the new skinny."

Esteves, Miss Arizona, was 6 when her mother gave birth to a stillborn baby girl who had Down syndrome. Her platform is empowering individuals with disabilities.

As a teenager, Miss Iowa Taylor Wiebers shaved her head to raise money for the St. Baldrick's Foundation's pediatric cancer research after meeting an 8-year-old boy with cancer who became a good friend. She hopes to found and operate a nonprofit foundation for families of pediatric cancer patients.

When she was 16, Miss Illinois Crystal Davis was involved in a distracted driving accident. Her platform is "crystal clear driving -- eyes on the road ahead."

Miss North Carolina Kate Peacock survived three pediatric eye diseases, and Miss Utah Krissa Beatty was born with spina bifida occulta and was told she would never walk. Not only can she walk, she swims, hikes, plays basketball and works out at the gym.

Miss Wisconsin Rosalie Smith's platform was inspired by the death of her brother two years ago from an alcohol overdose.