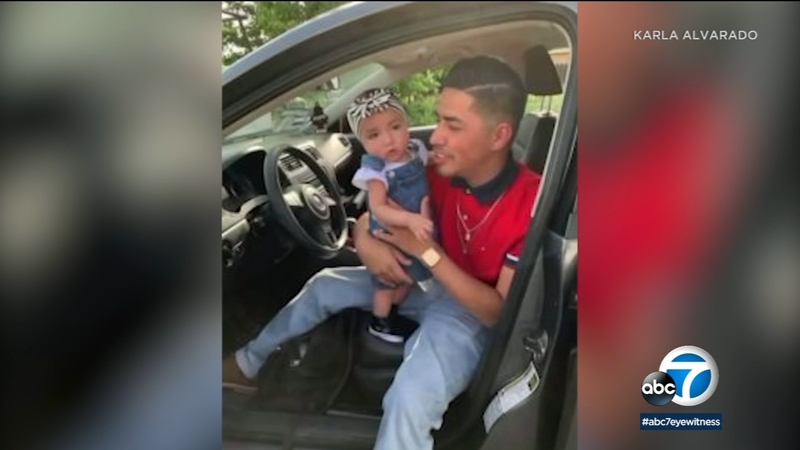 A Sacramento County man whose deceased 8-month-old daughter was found in the parking lot of a Bellflower mortuary after both were reported missing has turned himself in to police, authorities said Monday.

The father, 22-year-old Alexander Echeverria, surrendered at the United States-Mexico border, according to the Sacramento County Sheriff's Office.

He was with an attorney when he turned himself in after crossing from Mexico back into the United States. He was being held on charges related to his daughter's death as well as on an unrelated case, a domestic-violence warrant from several months ago.

The Los Angeles County coroner's office identified the baby as Alexia Rose Echeverria. A funeral home employee discovered her in a car seat, partially wrapped in a blanket, behind a dumpster on May 27 in the 10300 block of Alondra Boulevard in Bellflower, according to investigators.

The case was turned over to the Sacramento County Sheriff's Office, which described Echeverria as a person of interest in his daughter's death.

Alexia's cause of death has not been disclosed. Officials would only say it seems clear her death was not from natural causes.

Alexia's mother, Karla Alvarado, said she saw Echeverria and her daughter on a FaceTime video chat on May 26, the day before the gruesome Bellflower discovery was made. Then, later that day, she got a disturbing phone call.

"At around 4 p.m., he called me crying hysterically," Karla shared. "He couldn't even talk, and I was super scared. I was like, 'What's going on? Did something happen to Alexia, did you get into a car accident? What happened?' 'Cause there was a lot of noise in the background, and he couldn't tell me. He just kept crying and crying and crying, and I was like, 'What happened?'"

A candlelight vigil was held last week for Alexia. Many who attended didn't know the infant, but they said they were still hurting as a community.

Karla, Echeverria's girlfriend, sent flowers in honor of her baby. They rested a few feet from where her daughter's body was left. She spoke to a news station in Sacramento.

"I was already starting to plan her first birthday party because I wanted to do something big, now I'm stuck just getting her funeral together," she cried.