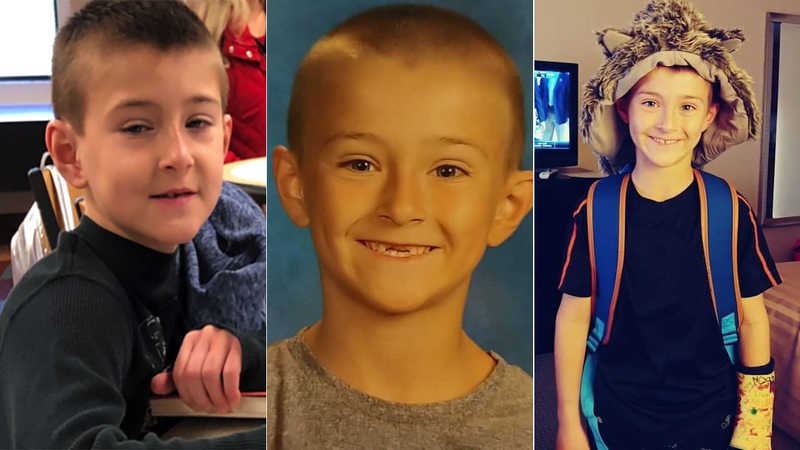 CORONA, Calif. (KABC) -- The parents of a missing 8-year-old boy from Corona have been arrested on suspicion of child abuse.

Corona police are asking for the public's help to locate Noah McIntosh, who has not been seen in two weeks.

On Tuesday, Corona police officers were called by Noah's mother to the 4600 block of Temescal Canyon Road in response to a report of an at-risk missing child.

Responding officers spoke with Noah's mother and attempted to contact his father at the Encanto Apartments in Corona.

Noah's father, 32-year-old Bryce McIntosh, did not respond to numerous attempts by officers to contact him, police said.

"Officers went and attempted contact at an apartment in that area, and there was no answer at the door. Phone calls were made to the father with no success, he wasn't answering the phone or the door," explained Corona PD Sgt. Chad Fountain.

Bryce McIntosh and his 11-year-old daughter were located inside the residence, but Noah was nowhere to be found, authorities said.

Investigators said they contacted Noah's family members, but no one could provide Noah's current location. The boy was last seen in the 4600 block of Temescal Canyon Road approximately two weeks ago, officials said.

Noah's grandparents told Eyewitness News they are desperate to find out where he is.

"We raised him since he was born. I just need to have him home," said Noah's grandmother.

Grandfather Doug Godfrey said he has suspicions but isn't sure what happened. Though his daughter, Noah's mother, is under arrest, he thinks the boy's father is the one responsible for whatever happened.