Woman who recently moved to LA from Colorado reported missing 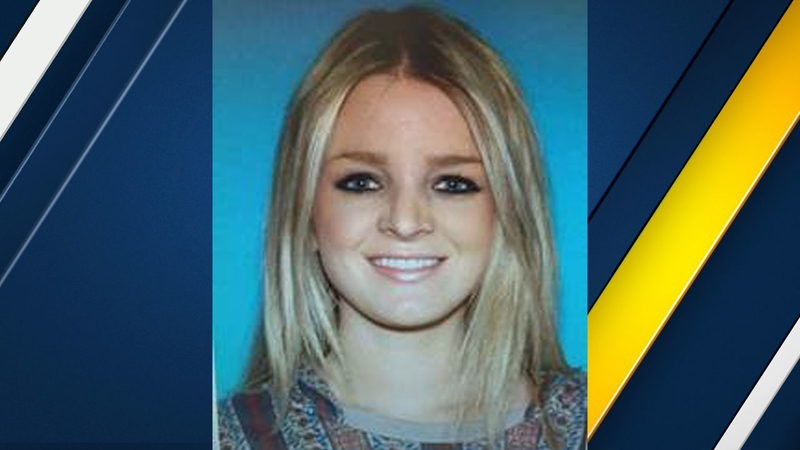 LOS ANGELES (KABC) -- Authorities are searching for a 28-year-old woman who has been missing since Sunday and recently moved to Los Angeles from Colorado.

Laura Lynne Stacy was last seen at her apartment in the 3600 block of Barham Boulevard in the Hollywood Hills, authorities said. She was driving a 2005 black Acura TL with Colorado license plates 597WFD.

Her roommate told police she had not seen her since Sunday. Stacy's phone was then found in a puddle at Golden Valley Park in Santa Clarita around 5 a.m. Monday.

According to police, she contacted her sister and a few other people Sunday afternoon. Her parents, who flew to California from their hometown of Denver, said Stacy usually keeps in touch with them, especially after moving a few months ago.

Her parents, Marcie and Steve Stacy, said their daughter moved to Los Angeles to search for real estate and photography work.

"She was looking at jobs, and I know she was going to meet some people. So I'm wondering if she met somebody for jobs," Marcie Stacy said.

Her family members placed fliers all around Golden Valley Park in the hopes of finding out what happened to her.

"I just feel like it's been a nightmare and I just want to be woken up from a bad dream," Marcie Stacy said.

She is described as a blonde with blue eyes, standing 5 feet 8 inches tall and weighing about 130 pounds.

Authorities are looking through phone and credit card records to find more clues to her disappearance.

Around 11:30 p.m. Tuesday, sheriff's deputies in Lancaster responded to reports of an abandoned car with Colorado plates and confirmed it matched the description of Stacy's car.

It was found at 90 Street East and Avenue E in Redman. Authorities did not say if Stacy may have been spotted in the area.