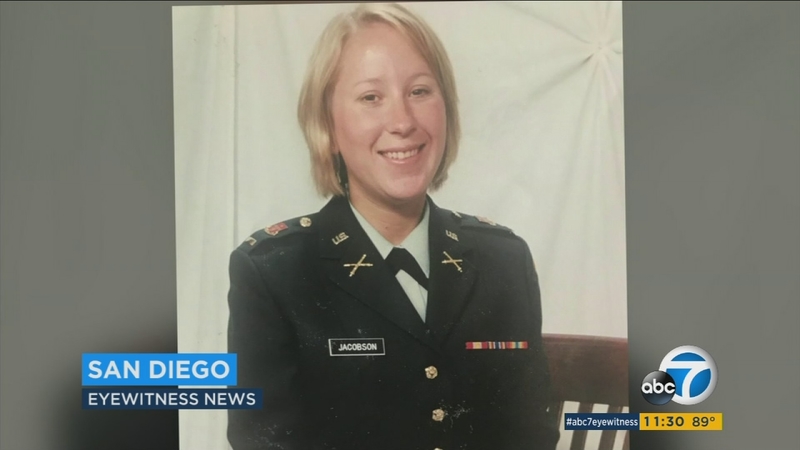 ONTARIO, Calif. (KABC) -- It started out as a missing person's case in San Diego.

Former Army officer Julia Jacobson had disappeared along with her wheaten terrier Boogie.

But as the San Diego Police Department investigated, evidence soon led them to the Inland Empire.

Jacobson's last known whereabouts were traced to Ontario, when her debit card was used at a convenience store on Sept. 2.

After that, everything in her name - credit cards, phone - went dark.

Her car, a white Chevrolet Equinox, was ditched in San Diego near her home.

Detectives did a forensic analysis on the car.

"We did find evidence that Julia was not missing by choice - that she had been murdered," said Ontario detective Melissa Ramirez.

"There's been a lot of emotional abuse, a lot of physical abuse," said Julia's brother Jon.

There also was an indication there were still in frequent contact, with dozens of threats made by the ex.

"He said something like you'll be lucky if money is the only thing I steal from you," Jon Jacobson said.

Ware was arrested on Friday at his home in Arizona.

"We're hoping that when the public sees his image and they see her picture or Boogie, it will trigger a memory and they will call us and help us find her," Ramirez said.