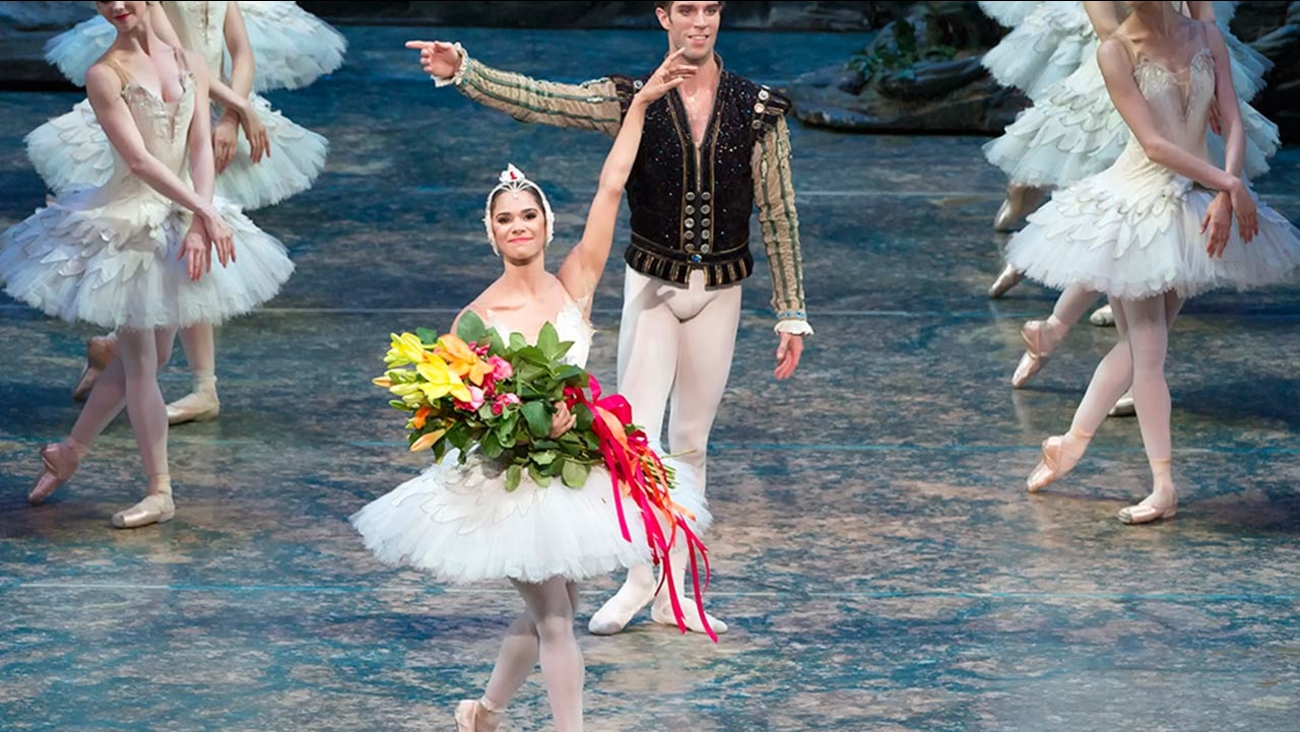 NEW YORK -- Misty Copeland, the Missouri-born dancer who has become a forceful voice for diversity in ballet and a rare celebrity in that field, was named principal dancer at American Ballet Theatre on Tuesday - the first African-American ballerina to achieve that status in the company's 75-year history.

The company announced the promotion six days after Copeland made her New York debut in the role of Odette/Odile in "Swan Lake," one of the most important roles in a ballerina's repertoire. The emotional performance ended with Copeland being greeted onstage by trailblazing black ballerinas of earlier generations.

Copeland, 32, has become increasingly famous over the past several years, achieving a pop culture status that's extremely rare for a ballet dancer.

"We haven't had a ballet dancer who has broken through to popular culture like this since Mikhail Baryshnikov," said Wendy Perron, an author and the former editor of Dance Magazine. "And she's going to bring more attention from that world to ballet. We've waited a long time for this."

Copeland appeared on the cover of Time magazine as one of the most influential figures of 2015, and wrote a both a children's book and a best-selling memoir, "Life in Motion: An Unlikely Ballerina," in which she recounted the challenges she faced on the road to her hard-won perch in ballet - and which has been optioned for a movie. She also was the subject of a documentary at this year's Tribeca Film Festival.

She performed in a music video with Prince, and was featured in a hugely popular online ad for Under Armour sportswear that shows her leaping and spinning in a studio, while a narrator recounts some of the negative feedback she received as a youngster, when she was told she had the wrong body for ballet and had started too late - at 13.

The dancer also appeared as a guest host on the Fox show "So You Think You Can Dance" and was a presenter at this year's Tony awards.

Perron noted, as many did at Copeland's historic "Swan Lake" performance last week, what a diverse audience Copeland had drawn to the Metropolitan Opera House, where ABT performs its spring season. The crowd was filled with young black girls in their party dresses.

"She singlehandedly made that a diverse audience," Perron said.

"In the racially underrepresented world of ballet, Misty has already had an historic impact," Woetzel said in an email message. "Now, as a groundbreaking principal dancer, she will continue to inspire and make possible much-needed changes for our field and for the arts in America."

Copeland is the first black ballerina and the second black dancer overall to be a principal at ABT. Desmond Richardson, a black male dancer, was a principal with the company in 1977-1978, and returned as a guest artist later. At New York City Ballet, there has never been a black female principal and only two black male principals. (One of them, Albert Evans, died last week at the age of 46.)

In 1990, Lauren Anderson became a principal dancer at Houston Ballet - the first black female principal in the country. Anderson, now retired, was onstage at last week's "Swan Lake" curtain calls to give Copeland a huge hug and lift her off her feet.