Man involved in violent AZ chase speaks out from jail 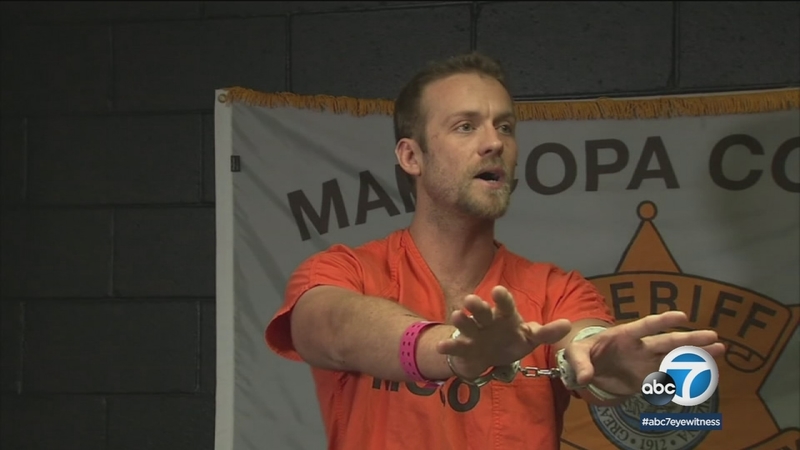 Man involved in violent AZ chase speaks out from jail

PHOENIX (KABC) -- A man who is accused of causing a violent head-on crash during a high-speed police chase in Arizona is speaking out from jail, threatening to sue the police.

Mitchell Timothy Taebel, who is from Los Angeles, was seen in a video fleeing from police at high speeds in Tempe, Arizona after an officer tried to pull him over for an illegal lane change.

His SUV was seen weaving through cars, heading the wrong direction in one lane and then finally slamming into another car at high speeds.

Taebel said he plans to sue the police for the chase, and suggested the woman he slammed into join him in the suit.

That 47-year-old woman in the other vehicle suffered a broken hand and foot in the crash.

"She should file a joint suit along with me against the city," Taebel told reporters from jail. "I said to the police twice and I said to the mayor, I said, look I don't want to jeopardize anyone's safety. They're making an unreasonable, unlawful stop. I was stopping to get gas. And they attacked my vehicle and bumped into it, in unmarked vehicles."

Taebel spoke out against the advice of his attorney. His defense attorney, Brian Russo, said his client has been diagnosed with mental health issues in the past.

"We do know from the family he was being treated, he was seeing someone," Russo said.