Deputies responded to the 34-year-old's home in the 26200 block of Avenida Calidad in Mission Viejo following a disturbance call around 1:30 a.m.

Responding deputies heard a female screaming from inside the house. When deputies entered the yard of the residence, they said they were immediately confronted by Miller.

Deputies said Miller threw a ceramic tile at them and threatened them with a fire extinguisher and a metal pole.

Deputies also said Miller did not heed any of their directions, so they used a Taser on him. After a struggle, deputies eventually handcuffed Miller and took him into custody.

Following an investigation, deputies learned that an altercation occurred between Miller and two females in the house. Authorities said the females were not cooperative with the investigation.

Miller was arrested on suspicion of assault with a deadly weapon on a peace officer. He was booked into Orange County Jail and was being held on $50,000 bail. He was scheduled to appear in court Monday.

Miller was arrested last year after live-tweeting during a standoff with police from inside his home.
Related topics:
mission viejoorange countycelebrity arrestarrest
Copyright © 2021 KABC-TV. All Rights Reserved.
RELATED 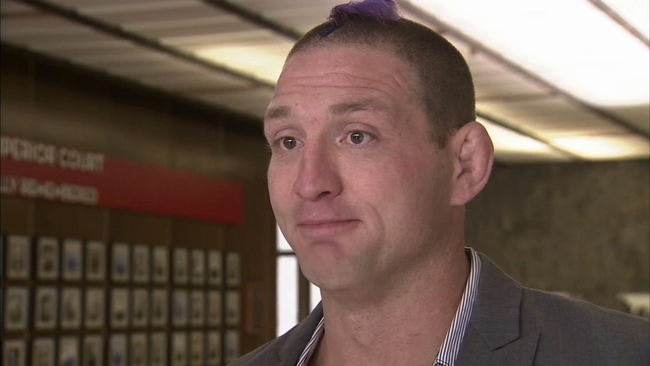 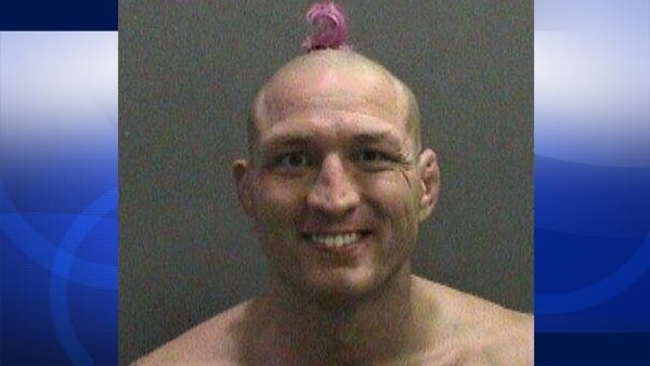 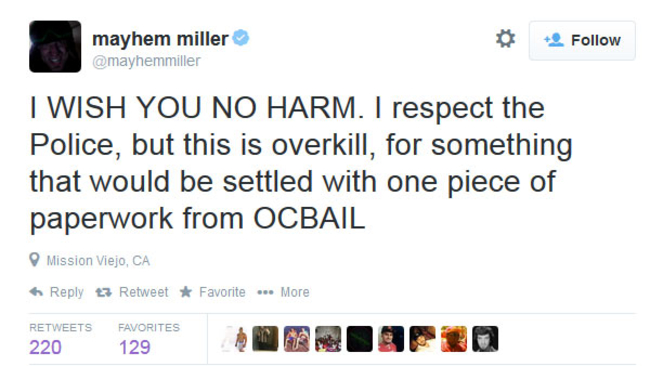