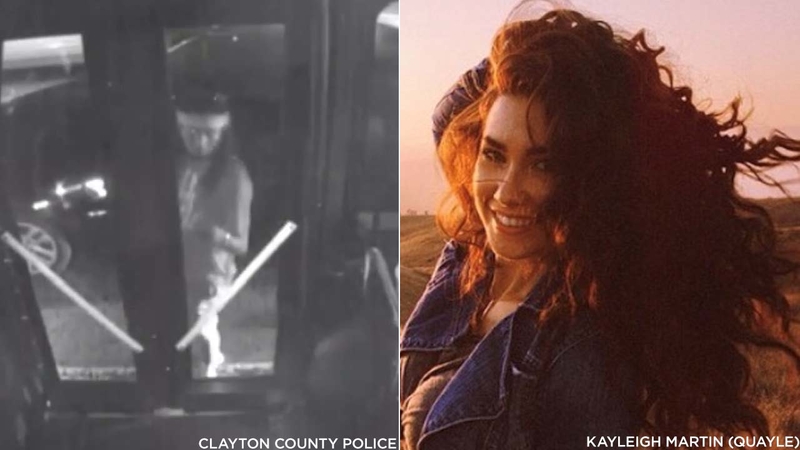 ATLANTA (KABC) -- Police in Georgia have released new surveillance video showing a person of interest in the death of a model from the Inland Empire.

Police said Kelsey Quayle crashed her car earlier this month while driving to work in Atlanta. It wasn't until she was taken to the hospital, that they realized she'd been shot.

An Inland Empire woman's family has been left devastated after she was shot while driving to work in Atlanta.

The 28-year-old was shot in the neck. She died two days later.

Police think she was hit by random gunfire, and investigators say the man in the newly released surveillance video was involved in an altercation in the area.