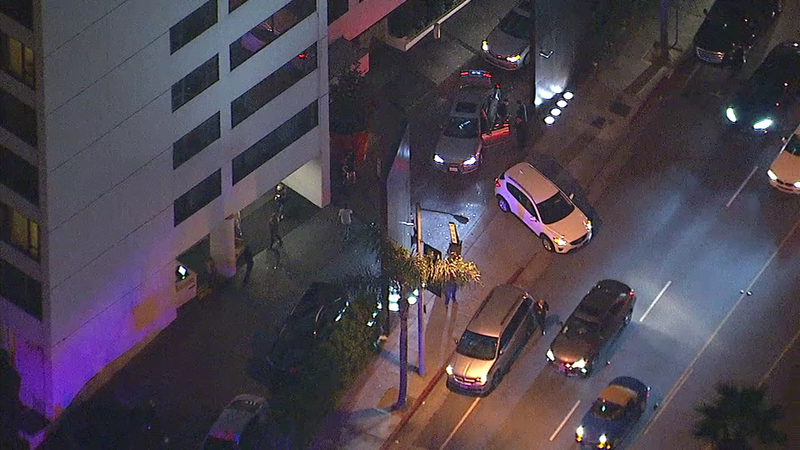 WEST HOLLYWOOD, Calif. (KABC) -- A disgruntled man opened fire outside a Sunset Strip hotel in West Hollywood on Tuesday evening after the establishment disposed of his marijuana, authorities said.

No one was injured in the incident, which occurred about 8:30 p.m. near the upscale Mondrian hotel at the intersection of Sunset Boulevard and Olive Drive.

According to the Los Angeles County Sheriff's Department, the suspect had been a guest of a hotel patron on Monday. After he left behind some of his belongings, including a bag of marijuana, hotel personnel got rid of the drug in accordance with the Mondrian's policy.

The man returned to the hotel on Tuesday and became angry when he learned that his marijuana had been thrown away, a spokesperson for the Mondrian said. He then exited the building, walked a short distance and fired a gun into the air.

Witnesses reported hearing five or six shots. The shooter then got into a silver hatchback and fled the scene. He was described only as wearing a black hoodie.