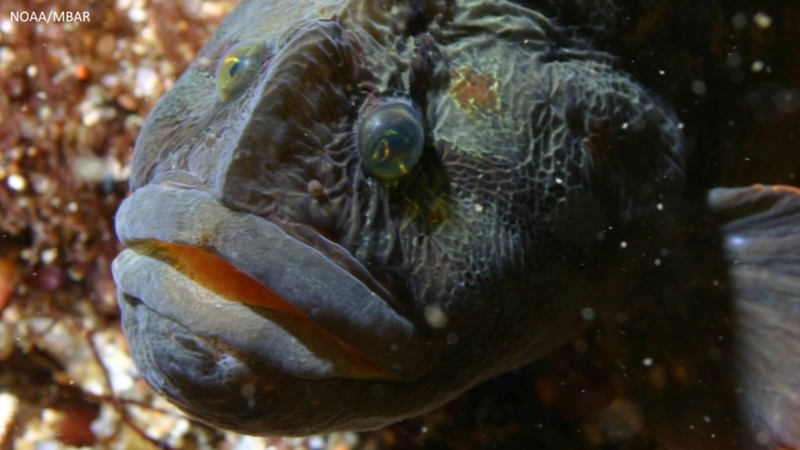 IRVINE, Calif. -- The veggie-loving monkeyface prickleback fish could be the "new white meat," according to biologists at the University of California-Irvine.

Researchers say the funny looking fish that dwells in tidepools off the West Coast of the United States could be the secret to human survival amid rising global temperatures.

According to a study published in the Proceedings of the Royal Society B, the fish whose scientific name is Cebidichthys violaceus has a digestive system similar to that of humans. It's also among just 5 percent of the 30,000 fish species that are vegetarian.

Donovan German, associate professor of ecology & evolutionary biology, and his colleague, Joseph Heras, wanted to figure out how the monkeyface prickleback survives on a food source containing a low level of lipids, which they say are essential for all living beings. So, the team sequenced and assembled a high-quality genome for the fish.

"We found that the monkeyface prickleback's digestive system is excellent at breaking down starch, which we anticipated," said German. "But we also learned it has adapted to be very efficient at breaking down lipids, even though lipids comprise just five percent of the algae's composition. It is a compelling example of what we call 'digestive specialization' in the genome."

The monkeyface prickleback can live on land for up to 37 straight hours, thanks to its ability to breathe above water. In the past decade, it has become a culinary delicacy.