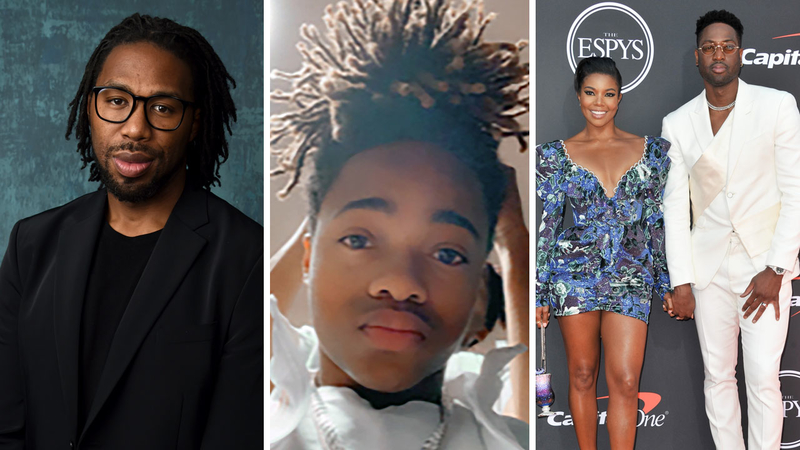 LOS ANGELES -- A Texas teenager who made national news after he was told his dreadlocks violated his school's dress code will attend the Oscars courtesy of the team behind the Oscar-nominated short film "Hair Love."

Matthew A. Cherry, the writer and co-director of "Hair Love," tweeted Friday that he, Gabrielle Union and Dwayne Wade were inviting the teen, Deandre Arnold, to the show as their special guest.

Cherry said Union and Wade were making plans to fly Arnold and his family to Los Angeles for the Feb. 9 show and to cover the family's lodging. They worked with personal-care brand Dove, Cherry said, who would cover wardrobe and other expenses for Arnold and his mother, Sandy, on Oscar Sunday.

"Deandre already changed schools, but I hope that we are able to help give him the platform that him & his story deserves. We're so proud & cannot wait to meet him," Cherry said.

Cherry then tweeted a video in which he, Union and Wade personally addressed Arnold. In it, Union discussed how she and Wade originally became involved in the film: "When we heard about this amazing story of a young black father with long, beautiful locks just trying to figure out how to do his daughter's hair, we knew that we had to support any way we could."

This is the full video we sent Deandre @itsgabrielleu @DwyaneWade @Dove pic.twitter.com/kcW288b6JY

She added: "The same way as when we heard about your story and you just wanting to wear your hair the way you want at school, and all the scrutiny you face and how unwavering you have been in standing up for yourself."

"We love the way that you carry yourself, and we wanted to do something special for you," Wade added.

Union and Wade both have production credits on the animated short, which tells the story of a black father who learns how to do his daughter's hair on his own when his wife is unavailable to do so the night before a big event.

In an interview with the Associated Press this week, Cherry discussed the link between "Hair Love" and Arnold's story: "As you know, our hair is oftentimes policed. We can't wear it in certain work environments or certain schools. There's that story about the young gentleman in Houston named DeAndre Arnold who's not able to wear his hair that looks just like mine because they changed a rule...We wanted to normalize us in the experience. It was important to us to showcase a black father that was young, that had tattoos. I think if you saw someone like him on the street, you would assume that wasn't a loving father that does his daughter's hair. We're just trying to change the conversation, one project at a time."

WATCH: ABC13's Chauncy Glover is headed to the Oscars with Deandre to cover the big event
EMBED More News Videos

Arnold, a senior at Barbers Hill High School in Mont Belvieu in southeast Texas, said he was barred from school and won't be allowed to attend his graduation ceremony after the school said his hairstyle violates the school's dress code.

Barbers Hill Independent School District officials have said it's not about race and that the school allows dreadlocks but has rules about the length of male students' hair.

"There is no dress code policy that prohibits any cornrow or any other method of wearing of the hair," the district's superintendent, Greg Poole, said last week. "Our policy limits the length. It's been that way for 30 years."