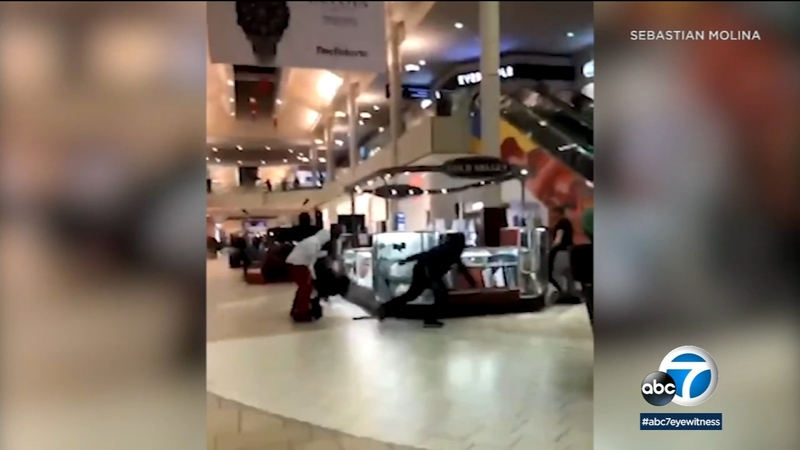 MONTEBELLO, Calif. (KABC) -- A smash-and-grab robbery at the Montebello mall Monday night set off a panic at the complex as some shoppers believed there was an active shooter.

Police confirmed there was no shooting at The Shops at Montebello.

Twitter video showed at least four suspects smashing the glass at a kiosk inside the mall, grabbing several items and running out the door.

The sounds of the shattering glass loudly echoed through the mall and may have been mistaken for gunfire.

Several people posted on Twitter that they believed there was an active shooter.

There is NO ACTIVE SHOOTER at the Montebello Mall... suspect smashing glass with a hammer only @MontebelloPD

The mall was expected to remain closed Monday night.