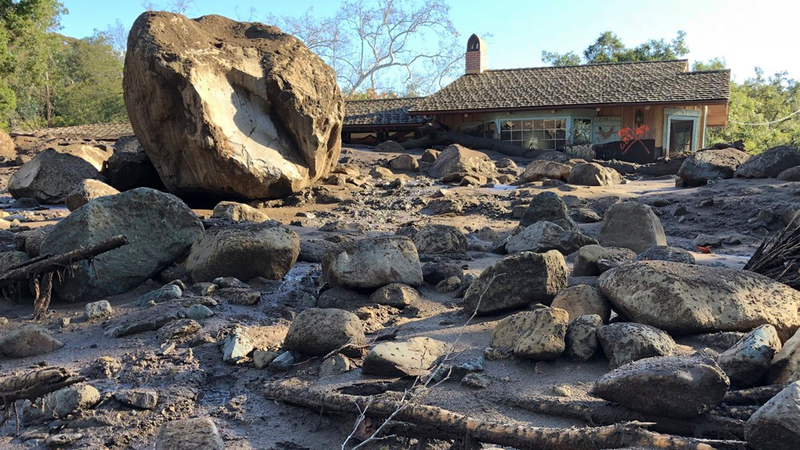 MONTECITO, Calif. (KABC) -- A 30-year-old father has been identified as one of 20 people killed in mudslides that ravaged Montecito earlier this week, officials announced Sunday.

Pinit Sutthithepa's body was found Saturday afternoon. His 2-year-old daughter, Lydia, is among the four people who are still missing. His 6-year-old son, Peerawat, and his 79-year-old father-in-law, Richard Loring Taylor, also died in the mudslides.

Poy Sayavongs said his friend Sutthithepa had initially immigrated from Thailand by himself, sending money back to his wife and two children before they too came to the United States.

"They finally were able to make it to the states in the summer of 2016," Sayavongs said in an interview with the Lee Central Coast News. "It's cruel -- they only had a short time together before this tragedy struck."

The family had evacuated to a Red Cross shelter last month as the destructive Thomas Fire charred nearby mountains, threatening the Sutthithepa family home and many others.

Search-and-rescue and cleanup operations continued Sunday in several Montecito neighborhoods, where residential properties were marked by massive boulders that had tumbled down from nearby foothills.

Near Olive Mill and Hot Springs roads, crews used bulldozers and their bare hands in an operation that extended south to the 101 Freeway.

"We feel for them. Just a couple of weeks ago they went through probably the most historical fire in this area," said Capt. Tom Henzgen of the Los Angeles Fire Department, whose Urban Search and Rescue Team was assisting in the effort.

"Then shortly after that they're dealing with this," the captain said. "So we're happy to be able to come up and help and do what we can ... but our heart breaks for each and every one of them."