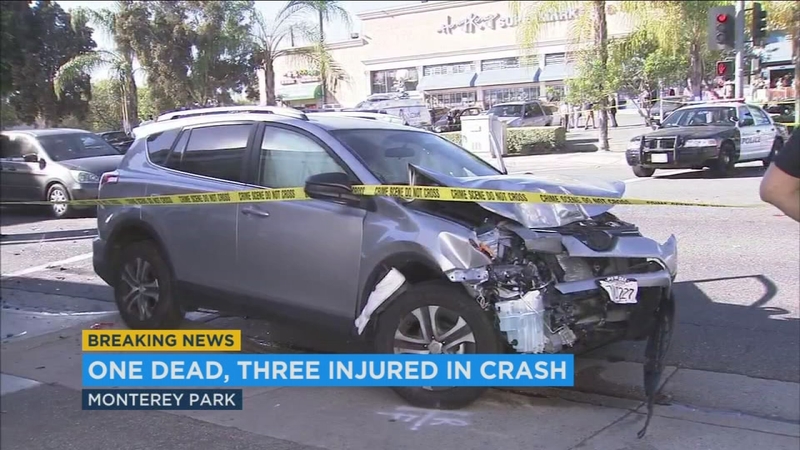 MONTEREY PARK, Calif. (KABC) -- Three pedestrians were struck, one fatally, in a three-vehicle crash in Monterey Park on Friday.

The collision happened on Garfield Avenue, between Garvey and Avondale avenues, just after 8 a.m., according to authorities from the Monterey Park Police Department.

Police said a woman in her 70s driving an SUV collided with two other vehicles and struck all three pedestrians before coming to a stop.

One pedestrian, a woman also in her 70s, was pronounced dead at the scene, police said. The two others struck were transported to LAC+USC Medical Center in unknown conditions.

Police said it appeared the pedestrians were standing at a bus stop when they were struck.

The woman driving the SUV was also hospitalized with unknown injuries.

A woman's purse, shoes and a pair of glasses were seen scattered along the scene of the collision.