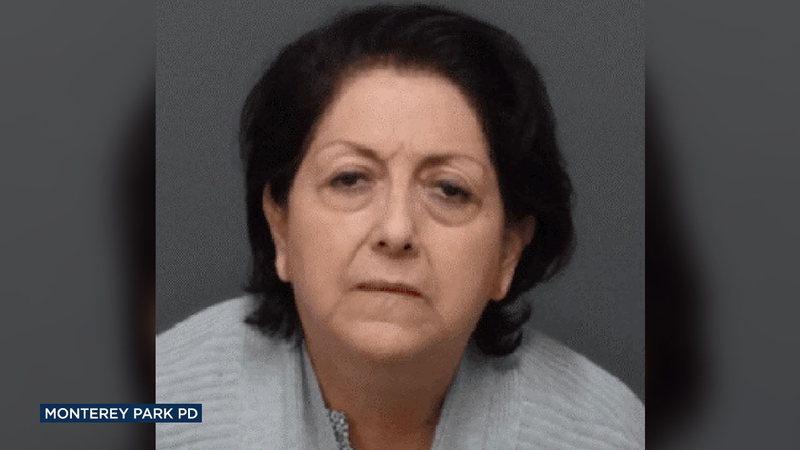 Woman, 63, arrested in hit-run death of 14-year-old in Monterey Park

MONTEREY PARK, Calif. (KABC) -- Police have arrested a 63-year-old Montebello woman for the hit-and-run death of a 14-year-old boy in Monterey Park.

Investigators say Cristina Navarro, 63, of Montebello, was the driver who struck 14-year-old Joshua Madrid as he was crossing the street on his skateboard on Nov. 18.

Madrid was crossing at Atlantic Boulevard and Newmark Avenue around 9:20 p.m. when he was struck by a white minivan, which then fled southbound on Atlantic, investigators say.

Madrid was brought to a nearby hospital where he was pronounced dead.

Police are hoping some new pictures will help them find the hit-and-run driver that killed a 14-year-old boy in Monterey Park.

Investigators acknowledge Madrid was not crossing in the marked crosswalk and had entered the intersection on a red traffic signal when he was struck by the vehicle.

Detectives later found the white minivan they believe was involved in the collision and arrested the driver, Navarro, for hit and run and vehicular manslaughter.
EMBED More News Videos

Family and friends gathered at a vigil to remember a 14-year-old boy who was killed in a hit-and-run crash in Monterey Park.

Navarro is now out on bond and arraignment is scheduled in Alhambra Superior Court on Feb. 24, 2020.