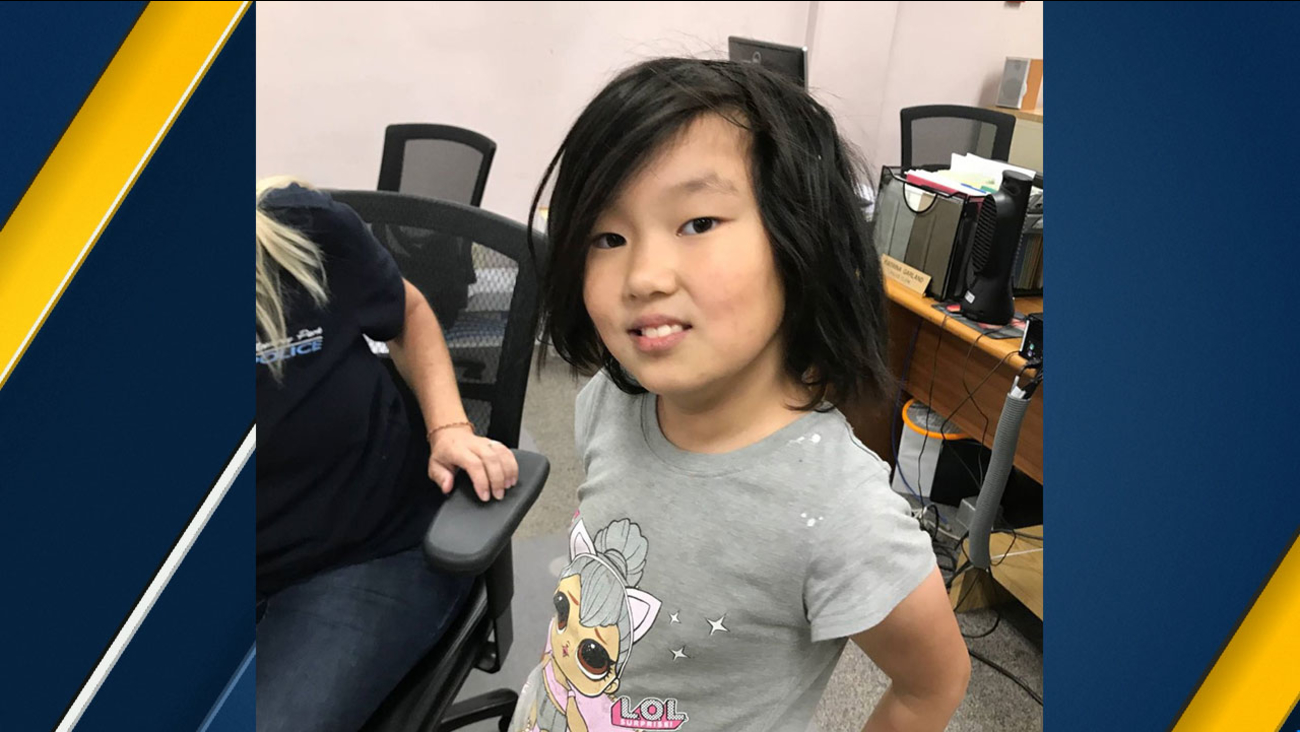 Monterey Park police released this photo of an unidentified non-verbal young girl who was found in the area of Emerson and Del Mar avenues. (Monterey Park Police Department)

MONTEREY PARK, Calif. (KABC) -- A nonverbal young girl was reunited with her mother on Friday afternoon after the child was found in Monterey Park and police asked for the public's help in identifying her.

Authorities released a photo of the smiling girl, who was wearing a gray T-shirt with an animation graphic on the front. She has straight black hair and dark brown eyes.

The girl was located in the area of Emerson and Del Mar avenues, according to police.

"She is nonverbal and cannot communicate," police said in a statement.