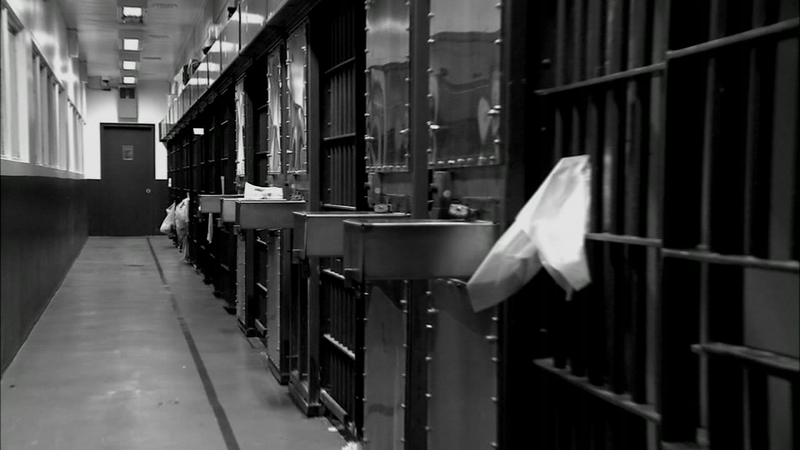 LOS ANGELES (KABC) -- Three former inmates allege they were sexually assaulted by a sheriff's deputy while in jail. Now, they are suing in federal court, claiming their civil rights were violated.

Their stories all start the same: "He was open," said one of the former inmates, who is now suing. "He was friendly."

An L.A. County sheriff's deputy allegedly got too close for comfort.

"A few people had mentioned to me like, 'oh why is he staring?'" said another one of the plaintiffs. "'Why is he looking over here? Are you in trouble?' That's when I started noticing the way he was watching me."

Deputy Giancarlo Scotti, a guard at the Century Regional Detention Facility, the women's jail in Lynwood, has been accused of sexual misconduct before. In February, he was charged with engaging in sexual activity with six female inmates over a six-month period.

Three women have now filed a federal civil rights lawsuit against the deputy, the county and the sheriff's department. Two of them spoke with us exclusively but requested that we blur their faces.

"I feel like whatever this deputy tells me I have to do, I have to do whether it's right or wrong I'm an inmate. And I'm in jail," said one of the women. They positively identified Scotti in his now deleted YouTube page.

In the complaint, this 30-year-old former inmate said Scotti used his power to lure her into an elevator. And all was caught by the surveillance cameras.

"At first I was a little frightened, I didn't know what to expect," recalls one woman. "But when I realized we were just going to medical I kind of laughed it off like maybe he was joking with me. Then, on the way back, we got into the elevator and he asked me to touch his private parts."

Another former inmate, a 32-year-old mother, claims she's also a victim of Scotti. She says she first met him while in the infirmary at the jail and alleges she was abused the same day after being taken back to her cell.

"I remember him putting his penis through the slot and he made me give him oral sex," she said.

A third woman, who is now in immigration custody, alleges in the complaint that Scotti groped her breasts while alone with him in an elevator with cameras.

Since Scotti's arrest, sheriff's detectives have been investigating all the allegations. The women say in the complaint that during interviews they were shown the footage of their assaults, which their attorneys say begs the question: Why didn't anyone intervene?

"This is the classic example of that there's not just one bad actor," said Justin Sterling, the attorney representing the women. "The crux of what we've seen with these cases is a massive institutional failure and breakdown in protecting these women."

Scotti has been on paid administrative leave since his arrest last September. At the time of the first allegations, Sheriff Jim McDonnell called the alleged incidents disgusting and said Scotti was arrested within hours of the initial complaint.

Scotti's attorneys in court papers denied the deputy sexually assaulted anyone. They have not returned our requests for comment.

One of his accusers says because of the trauma from the alleged abuse, she would rather kill herself than go back to jail.

"I don't want to go back to that place," she said. "It's a really messed up place. I wouldn't desire that place even for my worst enemy."

Earlier this year, the county agreed to settle another lawsuit filed by two former inmates against Scotti for more than $2 million without admitting any wrongdoing. The Board of Supervisors still needs to approve that settlement.