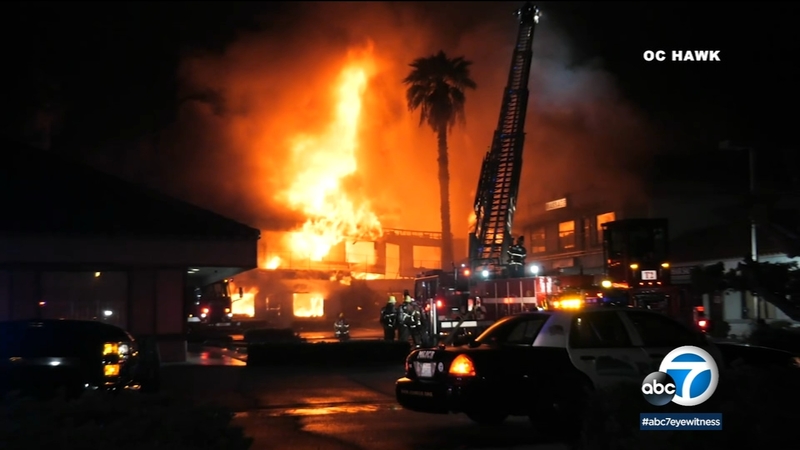 MORENO VALLEY, Calif. (KABC) -- A stubborn fire that erupted overnight at a strip mall in Moreno Valley caused a partial collapse of the two-story structure and destroyed nearly every business there.

The fire was reported at 11:35 p.m. Friday in the mall at Indian Street and Sunnymead Boulevard, according to the Riverside County Fire Department.

A third-alarm was called at 11:58 p.m. due to intense fire conditions and the size of the building.

"We made an aggressive push to try and contain the fire when the building started to have signs of collapse. We went to a defensive posturing , we ordered a third-alarm because we knew that this fire was going to evolve, which it did," Alex Elward, with CalFIRE Riverside.

The blaze ended up destroying 14 out of the 17 businesses there.

The pastor of a small church in the mall says her ministry was one of the three businesses to survive the fire, but she will likely still have to move.