Small plane lands on NorCal highway median; no one injured 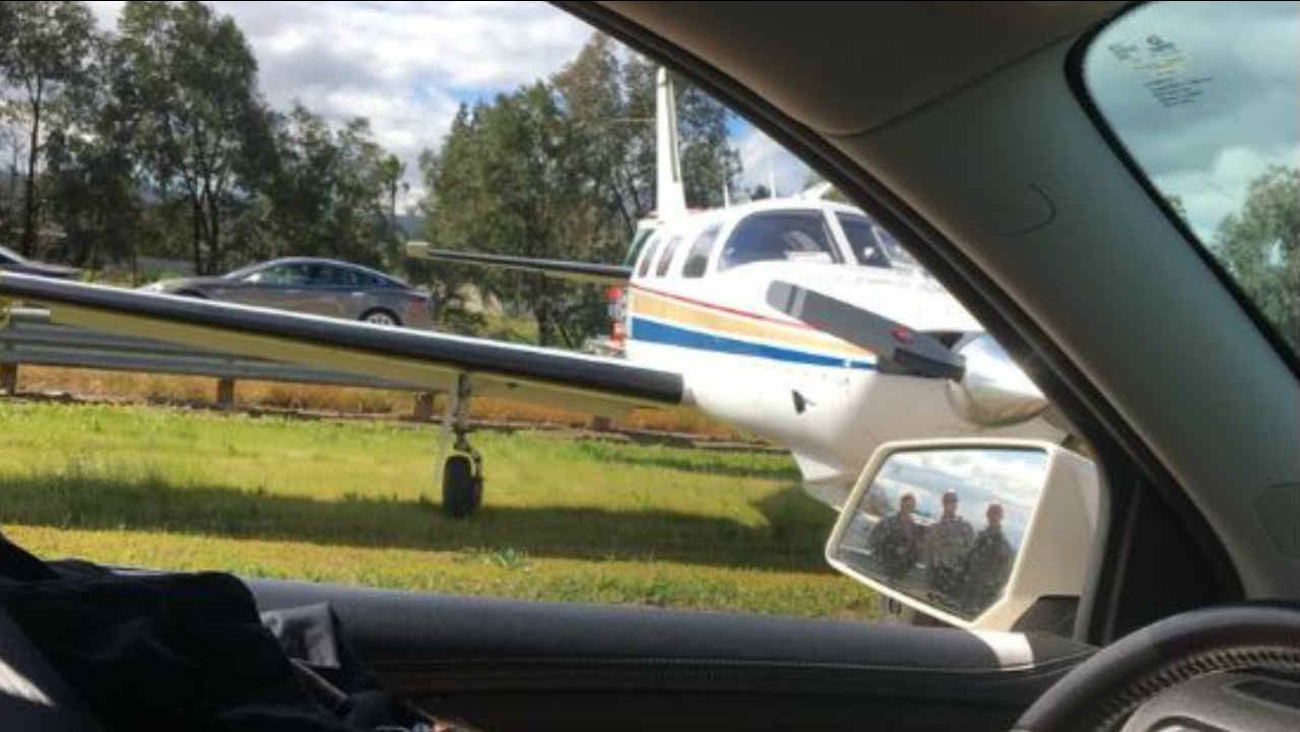 MORGAN HILL, Calif. -- A small plane landed on Highway 101 near Morgan Hill in Northern California on Sunday, according to the California Highway Patrol.

Gregor said the pilot, who was the only person on board, wasn't hurt during the landing near San Martin Airport, south of San Jose. The CHP said there were no injuries on the ground.

Twitter user Charlene Nunes shared a picture and video from the highway as officials responded to the landing.

No further information was available on what may have caused the plane to land on the freeway.