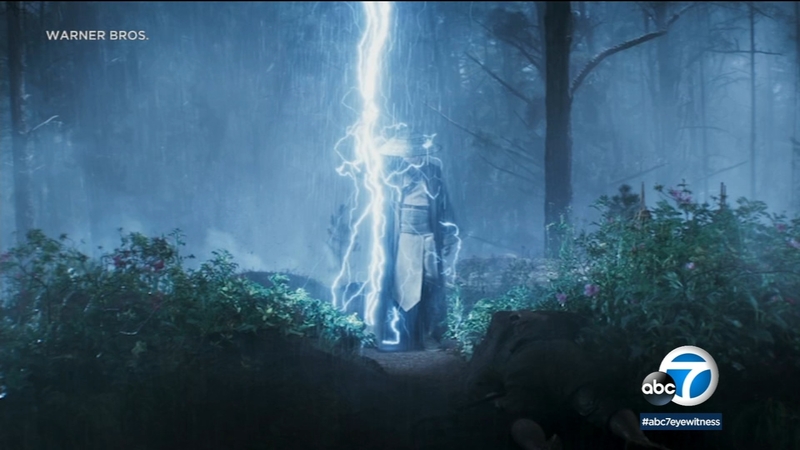 HOLLYWOOD -- The re-boot of "Mortal Kombat" is currently killing it at the box office. This R-rated sci-fi, fantasy, action film stars Lewis Tan as an MMA fighter battling the bad guys.

Tan enters this world as Cole Young, a down-on-his-luck MMA fighter with something to prove. In the simplest of terms, this fight-filled adventure involves a very high stakes battle between two clans...one good, one evil.

"I'm very proud of it because it's got a lot of very diverse, heroic, strong characters," said Tan.

Tan has been fighting for diversity in Hollywood for some time...and he thinks this franchise is hitting the right mark!

"There's so many characters in the 'Mortal Kombat' universe and I think to see the diversity like this on screen at this caliber, at this level, during this time is a really beautiful thing and, you know, hopefully it can help create some change," said Tan.

In his work, Tan always does his own stunts. He did them on the Netflix series, "Into the Badlands" and on the AMC show, "Wu Assassins."

In "Mortal Kombat," Tan and his co-stars go all out with some advanced fight choreography showcasing different styles of martial arts.

"For me, personally, martial arts and performing my martial arts is like dancing. You want to be able to see the dance. The dance is going to tell a story. The dance is an emotional journey," said Tan. "I want the audience to feel the desperation, the anger, the pain, whatever my character is going through so that's why it's an integral part of my performance."