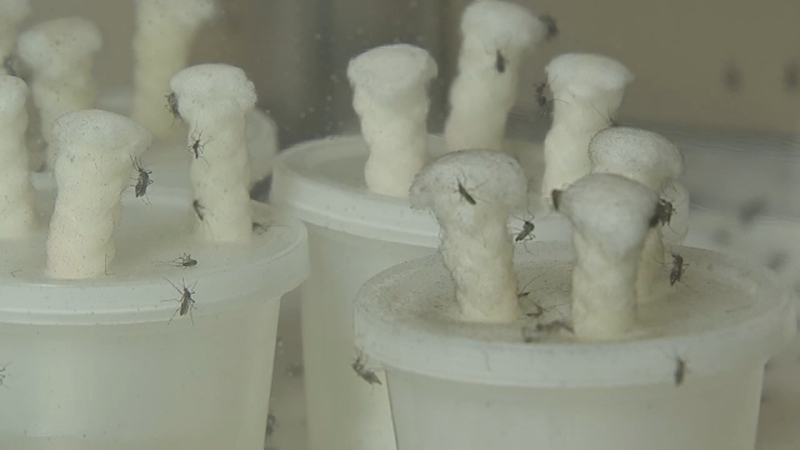 Health officials in Central Florida are warning of an increase in cases of Eastern equine encephalitis, a rare mosquito-borne virus that can cause inflammation in the brain and can be deadly.

Several sentinel chickens in the same flock have tested positive for Eastern equine encephalitis, and the risk of transmission to humans has increased, the Florida Department of Health in Orange County announced last week.

Symptoms of EEE begin with the sudden onset of headache, high fever, chills and vomiting about four to 10 days after the bite of an infected mosquito, according to the Centers for Disease Control and Prevention. The illness could then progress into disorientation, seizures and coma.

About five to 10 cases of EEE are reported in the U.S. annually, and about a third of the patients who develop it die, according to the CDC. Many who survive end up having mild to severe brain damage.

Coops of sentinel chickens are placed in areas believed to be endemic to mosquitoes and are tested regularly for mosquito-borne viruses such as West Nile, according to the American Veterinarian. While the chickens show the presence of the viruses, they don't develop the symptoms associated with them.

Often, when a sample comes up positive, county health officials will increase spraying and conduct door-to-door surveys in the immediate area.

Orange County's Department of Health advised residents to drain standing water -- from garbage cans, house gutters, buckets, pool covers, coolers, toys, flower pots and any other container where water from a sprinkler or rain has collected -- to prevent mosquitoes from multiplying.