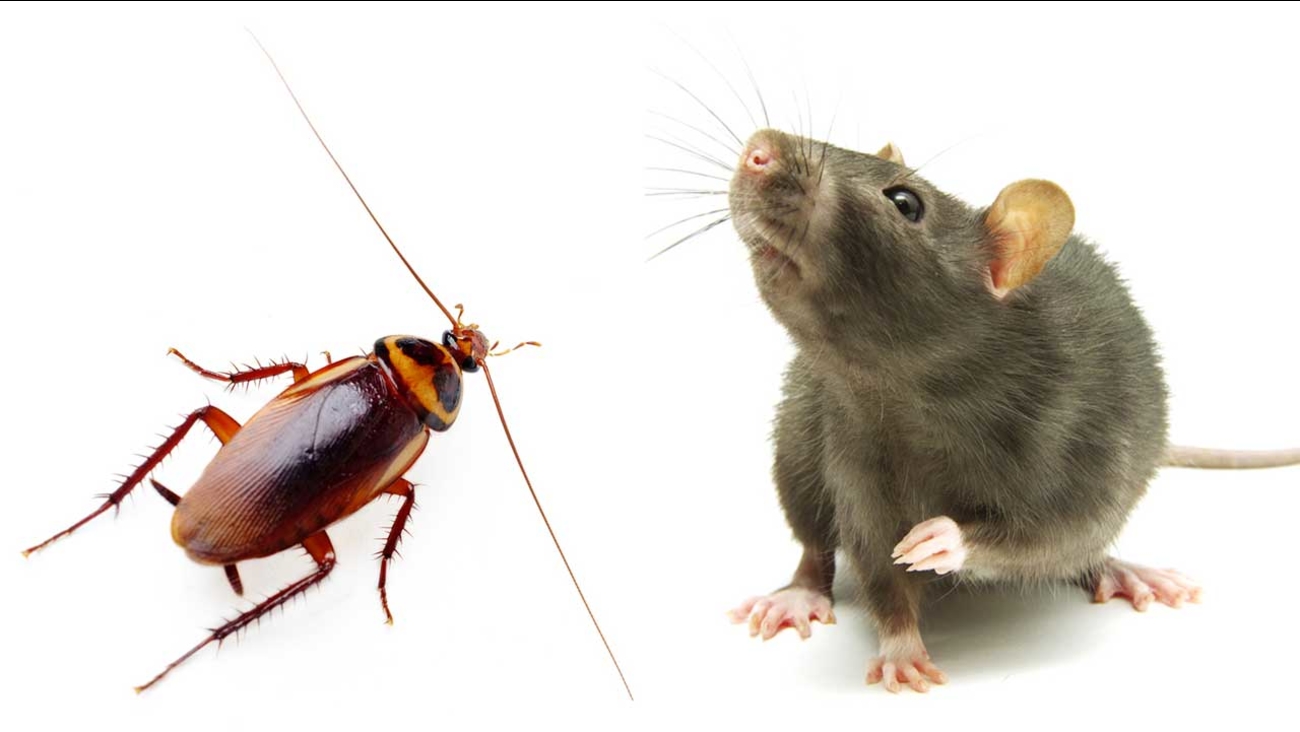 The most recent American Housing Survey shows data for the amount of rats and cockroaches reported in major cities. (Shutterstock)

Got a pest problem? New data is revealing just what types of vermin are common in major cities around the United States and how often residents report seeing critters like rats, mice and cockroaches.

The most recent American Housing Survey looked at issues like plumbing and heating problems, along with reports of vermin in 25 major cities around the country. 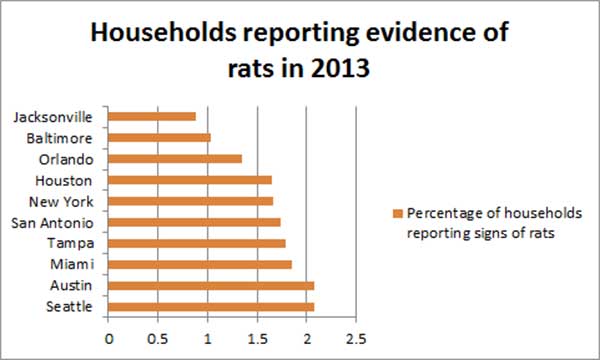 Mice, meanwhile, were much more common, especially in colder climates. Philadelphia, Pa. had the highest percentage of all the cities surveyed with nearly one-fifth of homes showing signs, while Tampa, Fla. had the lowest. 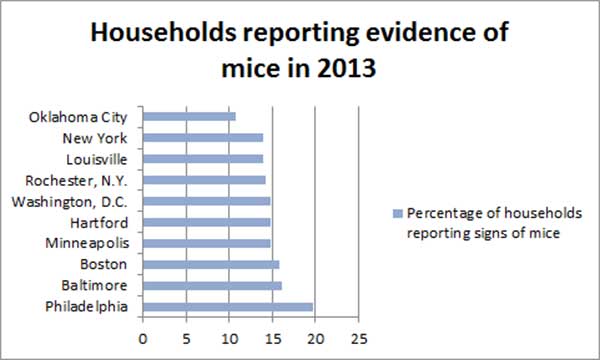 As for cockroaches, Tampa was not so lucky. It reported the highest percentage, with more than one-third of homes having a roach problem. Seattle got a break in this category with 1 percent reporting signs, the lowest of the 25 cities surveyed. 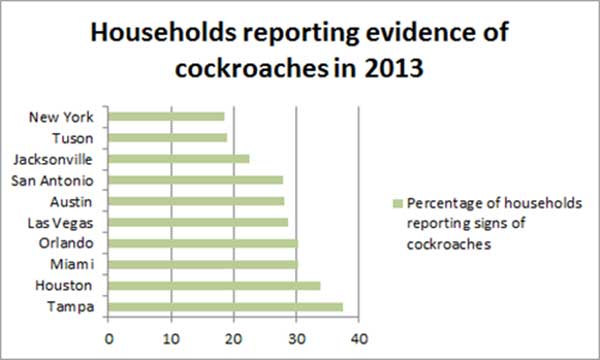 The survey also asked participants to report evidence even when the residents weren't sure what kind of rodent they had. 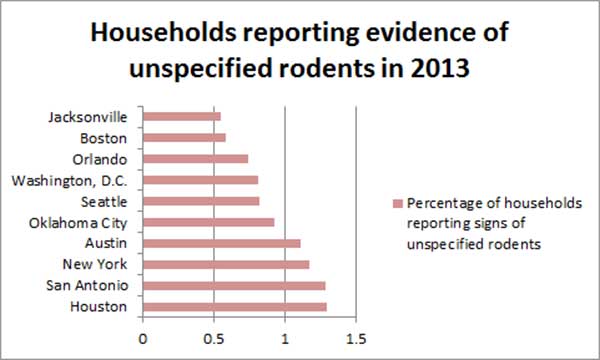 Rodents carry a variety of diseases which can be spread through their droppings, saliva and even indirectly through insects that have fed on them, the Centers for Disease Control and Prevention reports. The CDC recommends keeping your home clean and sealing any holes to reduce the chance of rodent problems.