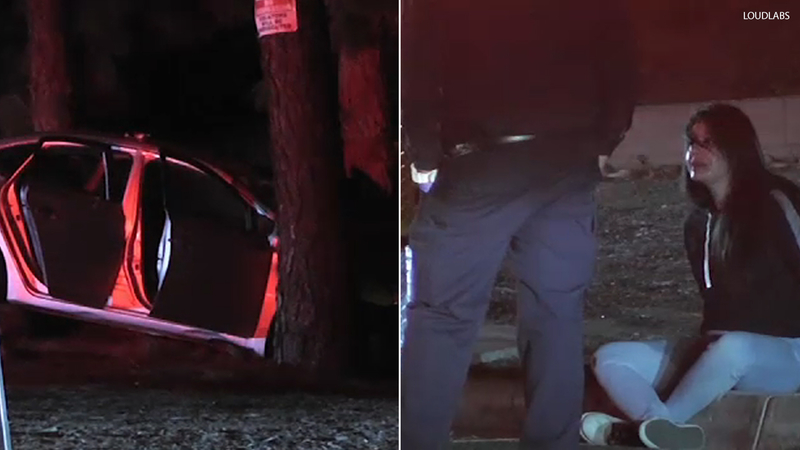 Mother arrested for DUI, child endangerment after crash in Riverside

RIVERSIDE, Calif. (KABC) -- A woman who was allegedly driving under the influence with her young child in the vehicle was arrested in Riverside late Sunday night after crashing, police say.

Riverside police responded to the scene in the 1100 block of Marlborough Avenue just before 11 p.m.

Authorities say the woman slammed into a large rock after hitting a curb and losing control of her car.

The woman's young son was in the back seat. He did not suffer any injuries and was later released to other family members, police say.

The woman, who has not been identified, was arrested for DUI and child endangerment.