Mississippi sisters, ages 12 and 14, arrested after mother found fatally stabbed in her back and shot 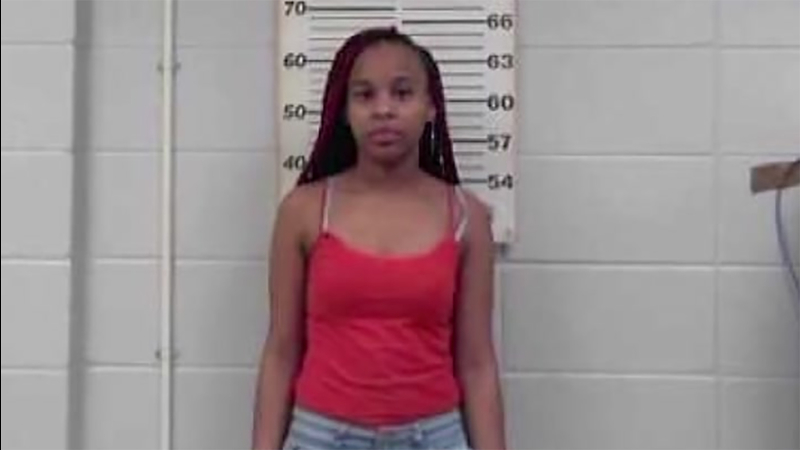 MAGNOLIA, Miss. -- Two sisters are accused of killing their mother in a horrifying bloody attack.

Erica Hall, 32, was found in her front yard drenched in blood on Friday. She was later pronounced dead at the hospital. Her family says she died after being shot and stabbed by her daughters, ages 12 and 14.

Hall's aunt Robin Coney told WLBT-TV, "She was stabbed in the back. The knife was still in her back."

According to Pike County Coroner Jason Jones, Hall was stabbed multiple times in her upper torso and back, also suffering a gunshot wound to the chest.

Deputies arrested her 14- and 12-year-old daughters.

Amariyona Hall, 14, was charged as an adult with murder.

The 12-year-old's name and charges are not being released.

"It was her gun. It was in her car, so they had got it out," Coney explained. "So I guess when they were doing all that to her she was probably trying to get to her gun to fight for her life."

According to the Enterprise Journal, deputies heard that the children tried to run over Hall with the family car earlier in the week. She punished the girls after that incident. Neighbors told ABC affiliate WAPT-TV Hall was killed days after she took away her daughters' cellphones.

Coroner Jones said an autopsy was scheduled for Tuesday.