Mother stabbed in front of her children at Azusa park; transient arrested for attempted murder 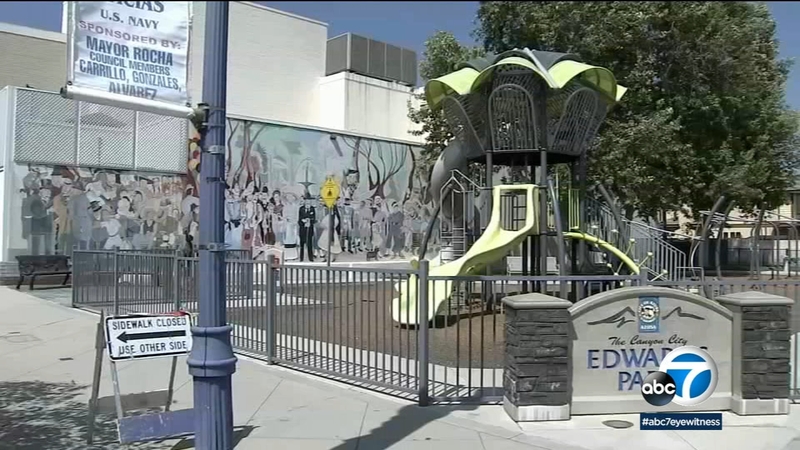 Mother stabbed in front of her children at Azusa park

AZUSA, Calif. (KABC) -- A mother of two young children was hospitalized Tuesday night after being stabbed by a transient woman at a park in Azusa, authorities said.

The victim told investigators that the incident happened while she was playing with her children at Edwards Park in the 600 block of Norrth Azusa Avenue, according to the Azusa Police Department.

The woman approached the family, threatened the mother, then stabbed her in the upper torso, authorities said. Bystanders came to the aid of the victim and called 911.

The alleged attacker fled the scene but was eventually detained.

She was identified as 23-year old Brianna Hallquist of Phoenix.

The children were not harmed in the incident, police said. Their mother is expected to recover.