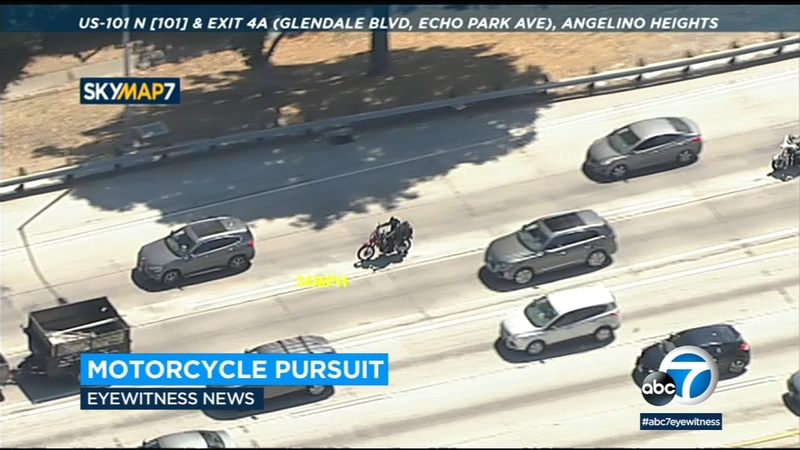 The pursuit started at about 9:50 a.m. near Carson where reports indicated the rider was "driving erratically."

The suspect ended up transitioning to the Echo Park area, mainly going in circles through surface streets.

Though speeds weren't excessive, CHP officers trailed behind the motorcyclist throughout the area.

At one point, the rider weaved through Elysian Park.

The motorcyclist didn't appear to put any drivers in danger, but patrol units managed to maintain a close eye.

After nearly an hour, the suspect was taken into custody near Benton Way and Kent Street after coming to a complete stop behind an apartment building.