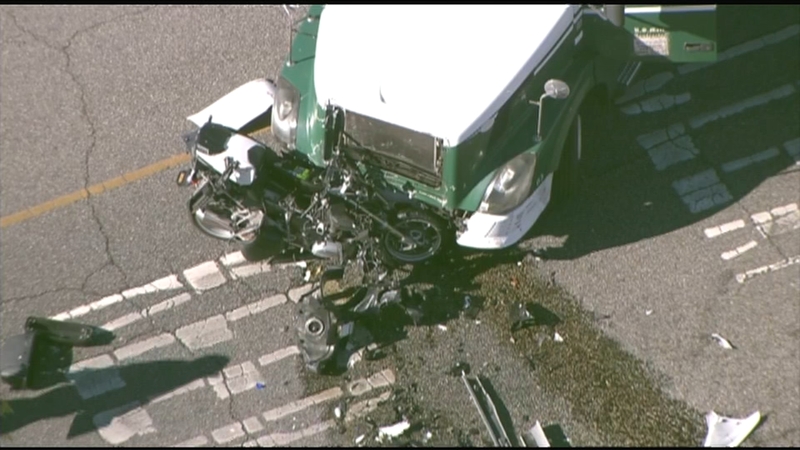 SANTA CLARITA, Calif. (KABC) -- A Los Angeles County sheriff's deputy was rushed to a hospital in unknown condition after a violent crash involving a semitruck in Santa Clarita, authorities said.

The collision occurred shortly before 7:30 a.m. in the area of Creekside Road and McBean Parkway, a sheriff's spokesperson said. The driver of the big rig was not seriously injured.

Video from AIR7 HD showed the mangled wreckage of the deputy's motorcycle pinned against the front end of the truck.

The injured deputy's identity was not immediately released. The cause of the crash was under investigation.