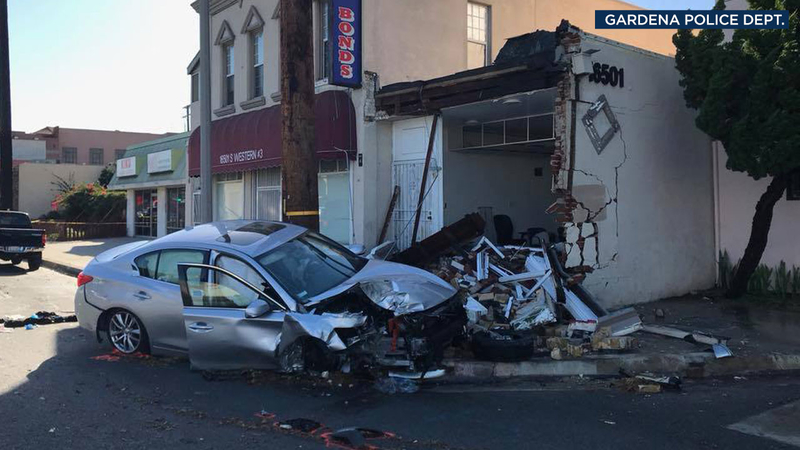 GARDENA, Calif. (KABC) -- A motorcyclist was killed in a road-rage crash in Gardena, authorities said, and another man was arrested for his involvement.

Authorities said around 12:15 p.m., they received reports of a traffic crash between a sedan and motorcyclist in the 16500 block of Western Avenue.

When officers arrived, they found a man being treated by Los Angeles County paramedics. He was then rushed to a hospital, but succumbed to the injuries he sustained in the crash. The man's identity was withheld pending notification of next of kin.

During the investigation, authorities learned the man was riding his motorcycle southbound on Western when he got into a conflict with a man driving a 2017 Infiniti Q50 sedan. The conflict escalated when the vehicles crashed in the street, with the impact sending both of them into a store front.

The driver of the Infiniti was arrested on suspicion of murder and identified as Oscar Villa, 24, of Hawthorne.