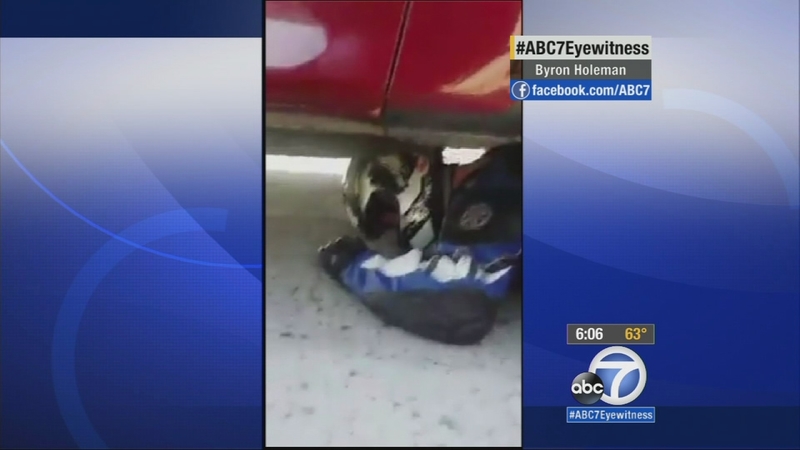 Motorcyclist rescued from underneath truck

CHINO, Calif. (KABC) -- The dramatic rescue of a motorcyclist who had been dragged underneath a truck on the eastbound 91 Freeway was caught on video.

The video was submitted to Eyewitness News by viewer Byron Holeman who used the #ABC7Eyewitness.

Holeman said he was on his way home Friday around 5 p.m. when he noticed something being dragged under a truck. At first he thought it was a bumper, but then quickly realized it was a person. Holeman, along with other drivers, stopped the truck in an attempt to help the man.

Witnesses at the scene said the man was dragged about 10 to 15 yards before traffic slowed down and people were able to help.

Family members said the motorcyclist was hit by a car while he was changing lanes, which threw him off his bike. He was then hit by a red Ford F-150 truck and ended up stuck underneath the car.

A firefighter on his way to work used a jack from one of the other cars stopped on the freeway to lift the truck high enough to slide the victim out from under the vehicle.