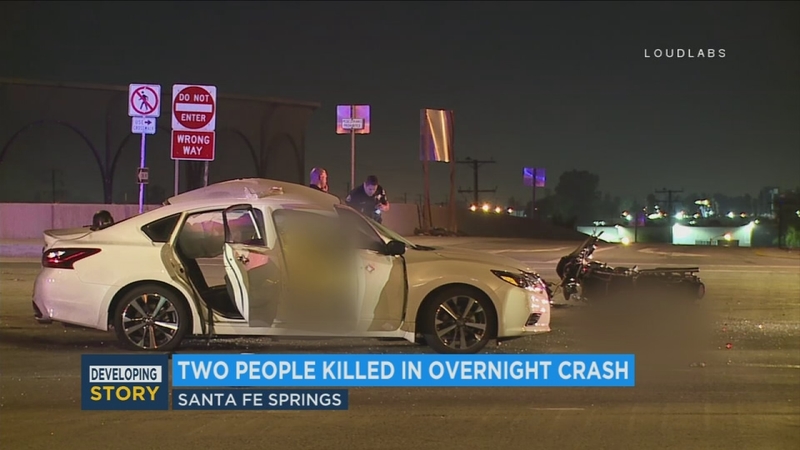 The collision was reported shortly before 2 a.m. near the 5 Freeway off-ramp at Carmenita Road, according to the Los Angeles County Fire Department.

Two people were pronounced dead at the scene and four other adults were hospitalized in critical condition. The deceased were not immediately identified; the ages and genders of the injured were unknown.

Police did not confirm initial reports that the crash may have been the result of a street race involving two motorcycles.