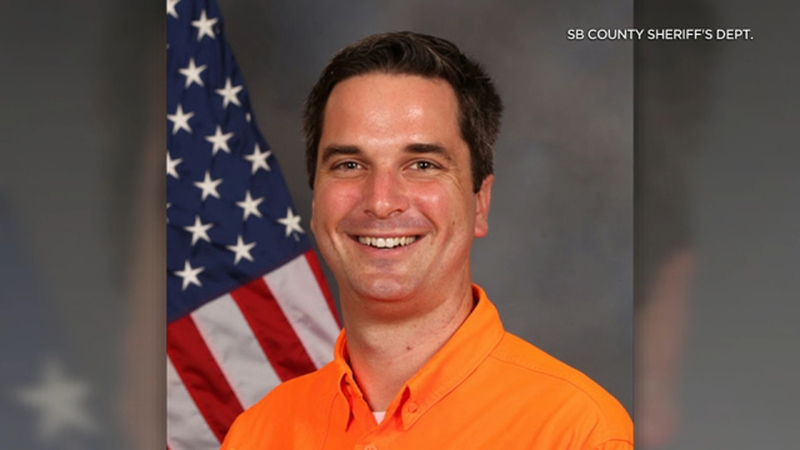 MOUNT BALDY, Calif. (KABC) -- The San Bernardino County Sheriff's Department says a Search and Rescue team member was found dead in the ice and snow amid a sweeping search of Mount Baldy for a missing Irvine hiker.

Search crews have been combing the region for any sign of Sreenivas "Sree" Mokkapati who has been missing for nearly one week. Around 1 p.m. Saturday, a Search and Rescue team member radioed in that he got separated from his partner after an apparent fall, Sheriff John McMahon said at a press conference.

Timothy Staples, 32, who had been a volunteer with the department for nine years, was found dead in the ice and snow. He was experienced with extensive training, McMahon said, but investigators are working to figure out exactly what happened.

"Today is an example of what they're willing to give to try to help save some of the citizens that unfortunately get lost or get hurt in some of the most dangerous parts of our state," he added.

Staples was also a teacher at Damien High School in La Verne, where students began setting up a memorial for their teacher who they said was always willing to help others.

He was one of 126 certified volunteers out on the mountain Saturday looking for Mokkapati. Officials said Staples fell down an ice chute amid frigid conditions.

"There is snow up on the mountain and in the day time, the snow starts to melt and then as the day goes on and it gets cooler, it turns to ice and it's extremely dangerous," McMahon said.

San Bernardino authorities said search efforts for Mokkapati were suspended and remaining search crew members are being recalled as operations are "re-evaluated."

Several areas of Mount Baldy were placed under an emergency closure Thursday as crews continued to search for the 52-year-old hiker.

The temporary closures on Mount Baldy would remain in effect through Dec. 31 or until the search for the 52-year-old ends, according to officials with the Angeles National Forest.

Mokkapati has been missing after he and three other people went hiking Sunday, from the Village at Bear Flats to the Mount Baldy Summit.

During the hike, Mokkapati became separated from the group, according to the San Bernardino County Sheriff's Department. Friends alerted authorities once they arrived to their car.

A vigil was held to pray for the safe return of Sreenivas "Sree" Mokkapati, an Irvine man who went missing while hiking on Mount Baldy.

Mokkapati's son, Shravan, says his father is an experienced hiker and goes on Mount Baldy on a regular basis. But he was only prepared for a day hike, not five days in the snow. Friends say Mokkapati was last seen wearing a gray puffy jacket and gray pants.