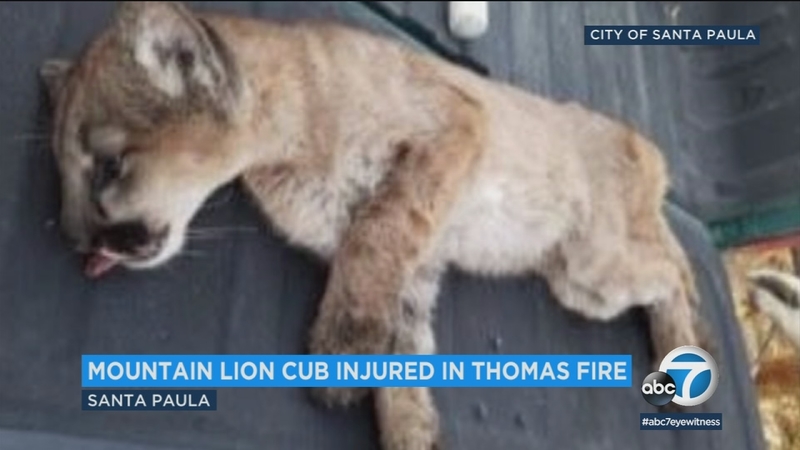 A resident spotted the female animal Saturday and called Santa Paula police, who contacted the Fish and Wildlife crew.

They tranquilized the 40-to-60 pound cub using a blow dart, then noticed her paws were badly burned.

The cub is being treated for those injuries.