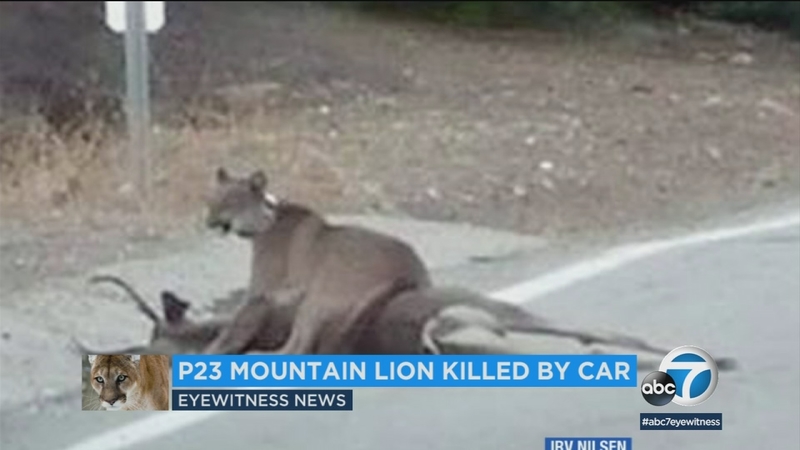 Biologists said the 5-year-old mountain lion was likely struck by a vehicle and had been dead for days.

P-23 had two 1-year-old kittens. Biologists said they believe the felines will be able to survive separation from their mother due to their age. P-23 left her own mother around the same age, biologists said.

"We've been tracking P23 since she was just a few weeks old and have documented her dispersal from her mom, establishment of a home range as an adult, and birth to three litters of kittens," said Jeff Sikich, biologist for Santa Monica Mountains National Recreation Area.

"Unfortunately, her life came to an end prematurely due to the challenge of navigating the complex road network in this area."